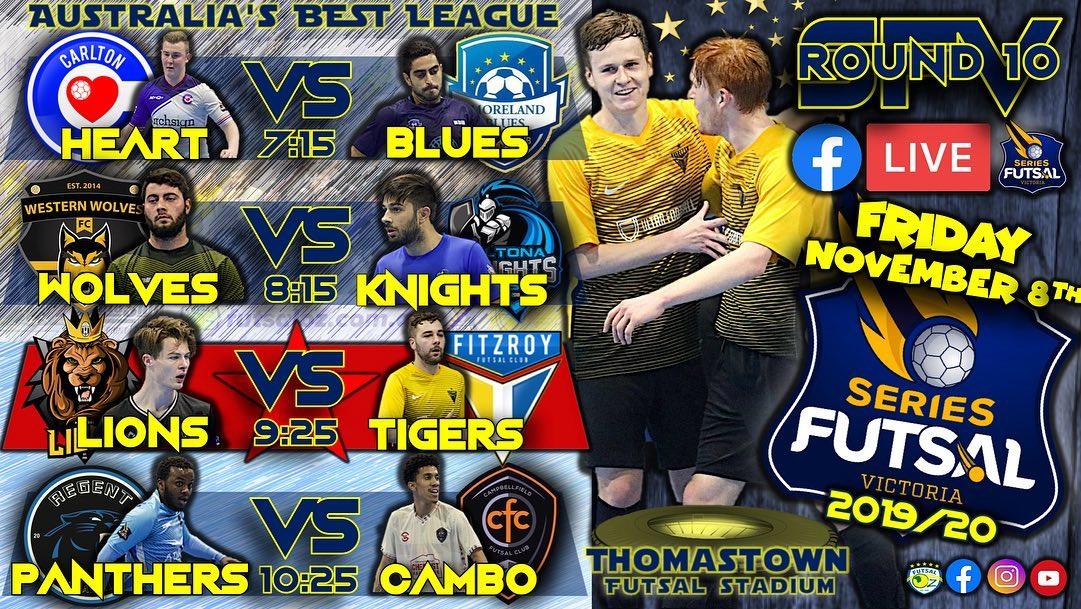 Nobody was predicting our opener as second placed Moreland took on a star-studded Carlton Heart side looking to climb back up the ladder.

The match began as competitive as expected as both sides fought hard for possession. We kicked off with a Cosimo Russo due to a passing error at the back from Carlton. Muhammed Temel followed this goal up with one of his own, as a thunder strike from himself saw the lead doubled. Arturo Diaz found himself elegantly controlling a long ball in the oppositions half, and finishing fantastically under the crossbar, but it was Ernie Simsek who would put the ball into his own net to make it 3-1. Russo would get his brace and Kazuhide Hirose would also get on the scoresheet as they both finished into open nets to close the half.

The second half kicked off with a goalless quarter as both sides struggled to break eachother down defensively. It was Abdirizak Ahmed who would allow his side to gain some momentum by seeing his shot deflected in off of Lucas Vaz for an own goal. Although Carlton had just scored, Russo was their kryptonite as he fired home a #ridiculous long shot that smashed off the bottom corner post and in. Carlton attempted to gain something from this one but couldn’t as Adam Cooper finished them off with a powerful strike from distance into the bottom corner.

Our next fixture resembled an uphill battle for relegation battlers Altona Knights as they took on a strong Western Wolves side.

This match kicked off much tighter then expected as Altona weren’t willing to lie down for their intimidating opponents. The underdogs fought fast and hard whilst defending with grit and determination but it was a handball in the box that caused a penalty for Western Wolves. Reda Zenfouri stepped up to do the honours, and put it away sharply as he found the bottom corner. Lokman Ramadan complimented his teammates penalty with a greatly placed power-strike that hit the crossbar and controversially bounced just over the line. Altona didn’t let the game get away from them as they struck late to close the gap through a distanced shot from Mark Saric. The half ended with Western Wolves sitting in the lead at 2-1, but not exactly comfortably.

Wolves’ new-boy Robert Stambo opened the half with a goal to stretch the lead as he shot hard and high from close range to make it 3-1. Michael Lettini kept his side in the game though, as he tucked away a penalty of his own. Stambo would announce himself an important figure in this match as he got his brace with a powerful longshot to double the lead at 4-1. Saric got another goal, but it was a game of cat and mouse as Hayden Kanjo struck hard and low from distance, finding the bottom corner and the back of the net. Jayden Merceica finished from close range but it was Lokman Ramadan who stole the show with two very well taken goals to make his hatrick.

A match flooded with narratives; Pascoe Vale against Fitzroy had all eyes on them as Tyler Garner faced his former club in a clash of the titan-like fixture.

This one was a clash between the veterans and the future, and the first half exemplified just that with the veterans getting the better of the youthful. Fitzroy opened the scoring with a goal though after Jimmy Soufis gave ex-Pascoe boy Tyler Garner a backheel on a silver platter, which saw Garner score confidently. Jackson Shaw found himself giving away an own goal, which allowed Pascoe Vale to follow up with a goal into an open-net through Kevin Dos Santos after a fantastic build up. Scott Rogan then scored accurately from outside the area, but it was a powerful Joao Da Silva strike that rippled into the bottom corner to take the lead back. Alisson De Lima scored from close up to double the lead as the first half ended 4-2.

The domination from Pascoe Vale continued as Da Silva fed De lima at the backpost for a goal as easy as you’d like. Fitzroy had resorted to the fifth man tactic as they were desperate for a goal, but Pascoe Vale’s air-tight defence didn’t let them in, which allowed them to capitalise in three consecutive occasions. The first came through Dos Santos, who didn’t rush his shot like others might, as he carried the ball to score from close range against Rogan in goals. The next came through Da Silva as he scored from his own penalty area as everyone watched the ball bounce into an open net. Lastly, it was ex-Fitzroy man Aaron Yu who shot from the goalkeeper’s area into an open net to finish the opponents off.

Our last match of the night saw a debutant in Campbellfield’s Richard Ferguson take on a struggling Regent side who sat dead last with no wins.

The match kicked off with Brenno Polatti taking the early lead from close range as Campbellfield looked to maintain their position in the title race. You’d be fooled if you thought Regent were going to lie down though, as they fired immediately to get themselves back in the game through Osman Ahmed. Ismael Mohamed then followed his teammates goal up with one of his own as he fired his first of the night confidently. New kid on the block Thomas Brossard showcased his precision as he shot from range and saw the ball deflect off the post and in to make a fantastic equaliser. Rodrigo Cavarrubis then took the lead back for Cambo with a powerful strike, but it was Mohamed who scored off of a quick counter attack to equalise again. The half ended all square and we were in for an interesting finish to the night.

The second half began and Regent were hungrier than ever with Mubarak Ahmed carrying the ball but seeing his shot saved, only for the ball to fall back to him which allowed him to fire with composure to take the lead. Yahya Khalifa then scored which was followed by emphatic celebrations from the crowd, as Regent’s first victory was in their sites. Mubarak Ahmed scored once again with a toe-poke from close range which was it for his side, as fans went crazy. Dani Chaabani closed the game with a well-taken goal from outside the area the curled past Samatar Yusuf, but it wasn’t enough as the celebration’s commenced when the final whistle went.