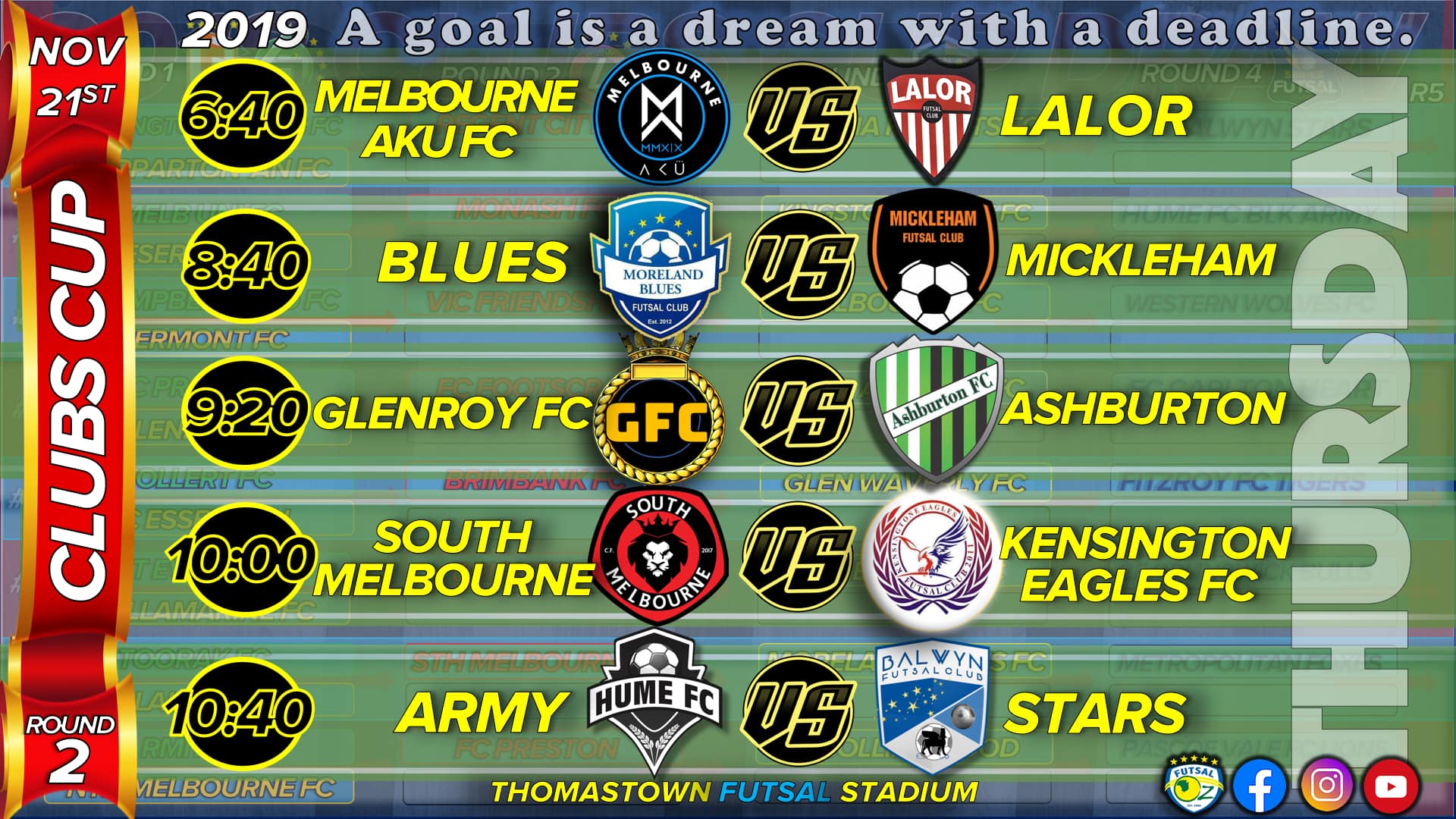 The opening game of the day saw two State League Three teams go head to head as Melbourne AKU took on Lalor. Melbourne edged the first half as they struck four goals to three with Ruz Roslan getting himself a first half brace, supported by singles to Alex Lee & Kui Mu had them ahead at the break, while a hat trick from Abdirahman Mohammed kept Lalor in the game at the break.

The second half was a heated contest with Lalor losing their cool conceding five ten meter penalties which eventually was enough to see Melbourne through as Roslan ended the game with five goals to his name for Melbourne, while Mohammad ended with five to his name also but couldn’t get Lalor through to the next round.

Next up saw a star studded Moreland side face State League Championship side Mickleham who were not enjoying their best season as they sat on the bottom of the table. Moreland controlled the first half as Cosimo Russo & Rico Hauser both bagged first half braces to go into the break with a 4-0 half time lead.

The second half was one way traffic as Moreland piled on a further eight goals, with five second half goals to Adam Cooper the standout, supported by a hat trick to Jose Filho sealing Moreland a safe passage through to the next round.

Next up saw in form State League Championship side Ashburton take on State League Two side Glenroy. Ashburton were far too classy in the opening half piling on nine goals to one with Alistair Dunlop leading the charge with four first half goals, while Adrian Pacione & Niko Jackson bagged braces to all but have the game over at the break.

Ashburton were in cruise control throughout the second half leaking three goals, with Emran Mousavi getting a brace but it was a mere consolation as Dunlop ended with five goals to his name, while Pacione bagged four and Sergi Ruiz completed a hat trick to see Ashburton through.

An all State League One affair was up next as Kensington took on South Melbourne. Kensington dominated the first half as they lead 7-0 at the break with a first half hat trick from Hooman Shekari & a brace from Donis having them all but through at the half.

The final game of the night was an interesting one with Hume of State League Championship taking on Balwyn of State League Two. Early on Balwyn pushed their higher ranked opponents, but went into the break trailing 4-2 as a brace from Burak Kocak and singles to Nejdett Sahin & Mohammed El Turkmani had Hume ahead at the break.

Balwyn had their chances to claw back the deficit in the second half but Hume stopper Rahmaan Balla stood tall when it counted to keep his side in it until they could finish off the tie as Sahin and El Turkmani completed braces to see Hume safely through to the next round.