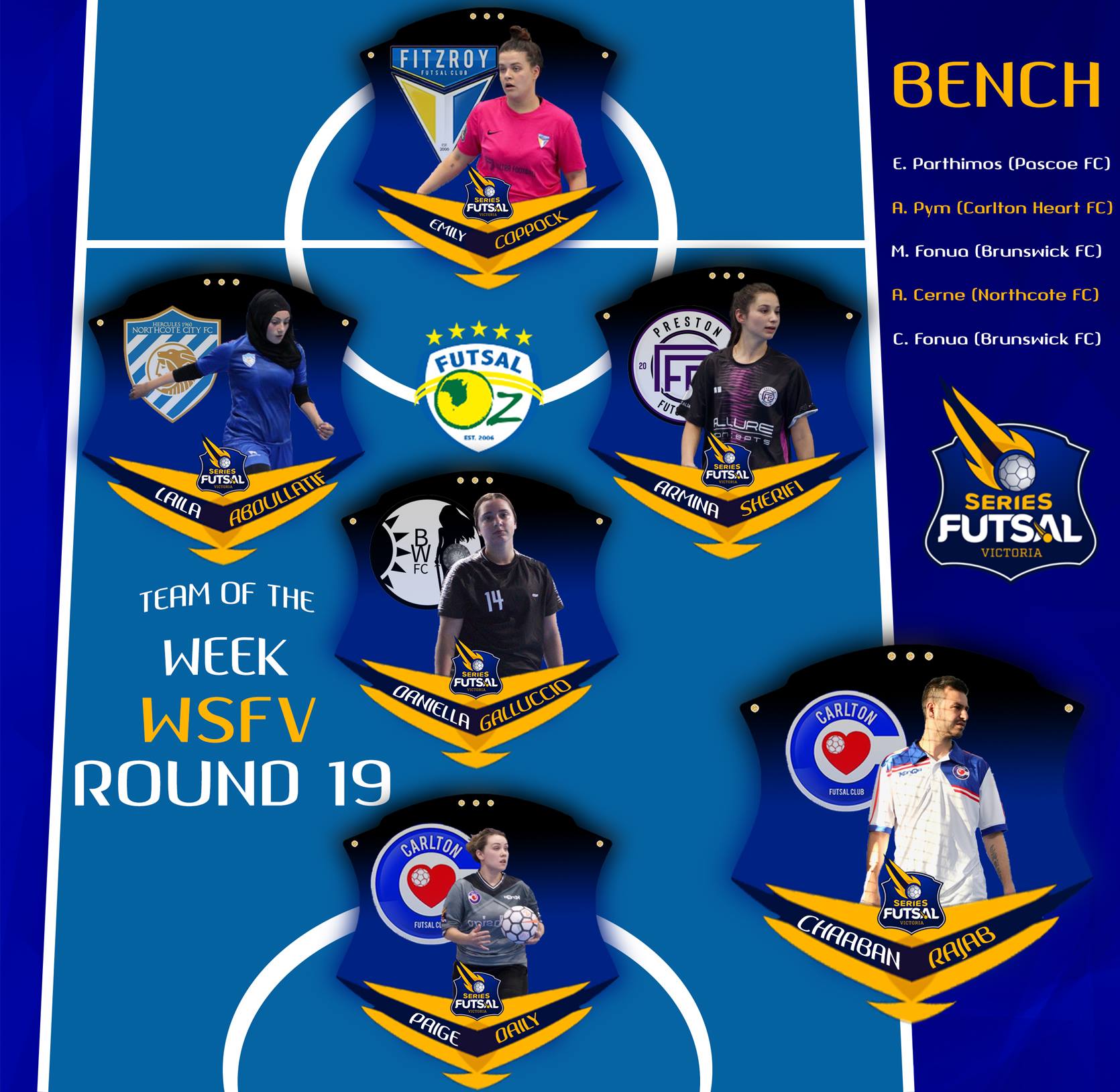 Daly again showed why she is one of the leagues premier shot stoppers as she played a huge roll in her sides win over Fitzroy, denying the Tigeress’ time and time again in the second half to see the game into a shootout where the Heart took home a crucial win to keep their top four hopes alive.

On the night Brunswick Warriors claimed the league title, Galluccio was immense in her sides win over bottom placed Greenvale scoring four times from the fixed position, while again putting in a strong defensive showing to help her side to their first league title.

In what was a hard fought win for Preston, Armina Sherifi struck once in each half as well as putting in a number of crucial tackles throughout the game to help her side remain a chance of a top four finish, with her best performance of the season so far.

Youngster Abdullatif had a standout showing in her sides tight win over Pascoe Vale as she again proved why she is one of the standout talents in the league, scoring the winning goal late in the piece to help her side to victory as they remain a chance of a top two finish.

In a game that saw her side struggling to find the back of the net, Coppock struck twice in quick succession to give the Tigeress’ a chance of victory, pulling her side back from two goals down to force a shootout while proving a headache for the Heart defence all game long.