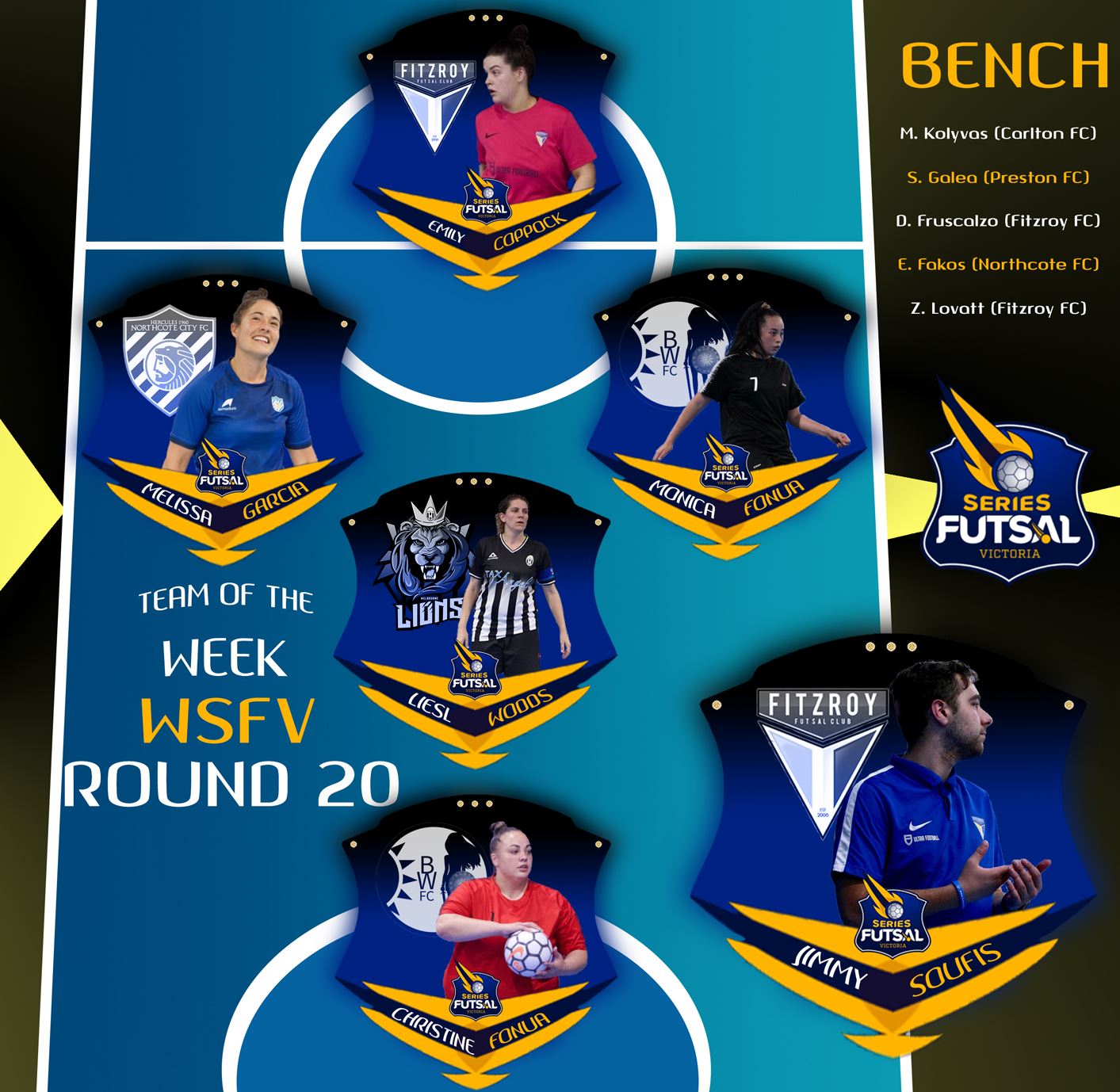 On the bench last week, Christine Fonua takes her place in the starting line up this week after a good showing against Melbourne Amazons, making a number of crucial saves with the game in the balance, as well as her distribution playing a key role in the win.

An ever reliable player, Woods was again strong in defence for the Lioness’ while also getting forward to find the net twice in her sides hard fought win over the Heart which went all the way to the penalty mark.

With their backs against the wall, Monica Fonua had a day out against the Amazons, finding the net six times to bring her side from behind to take a big win in the end as she also took top spot in the golden boot race with one round to play.

One of the more experienced players in a young squad, Garcia netted a first half hat trick to set her side on their way to a comfortable win over bottom placed Greenvale.

Maintaining her spot in the team this week, Coppock was instrumental in her sides win over Preston as she bagged a hat trick to keep herself in the golden boot race going into the final.