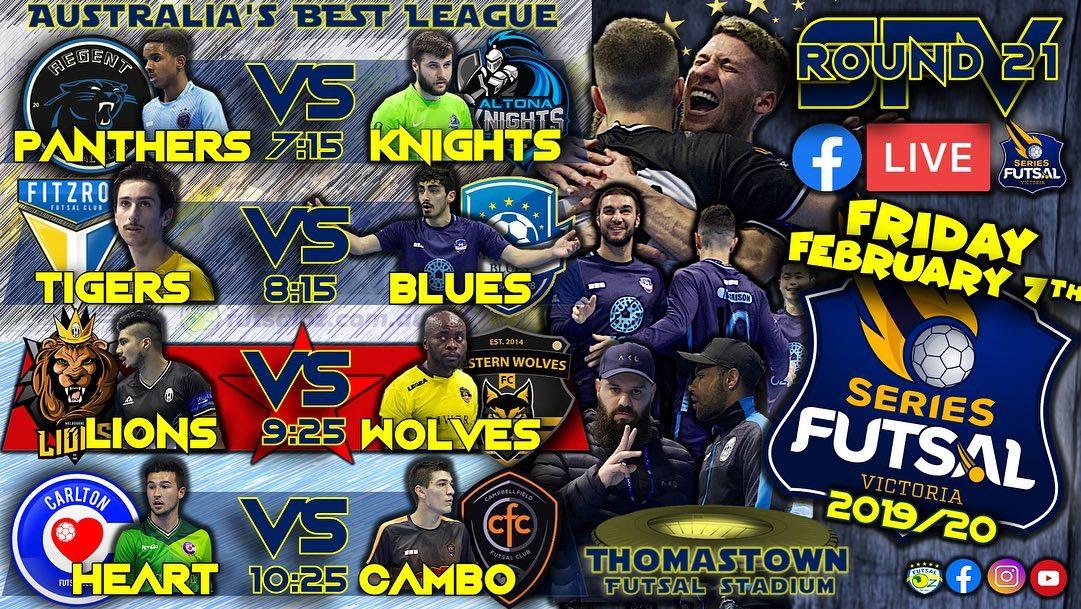 The match kicked off with Regent on the strong foot as they struck two early goals in quick succession through Zakaryia Yusuf. They were routine goals that allowed Regent to lead early, but Altona replied back with two goals of their own through Andelo Svalina. With Altona gaining momentum, Regent saw themselves conceding plenty of threatening strikes, but it was Mohamed Faddal who kept them in the game making crucial saves in the closing of the half.

The second half saw both sides find more goals as the fight remained competitive. Altona found another two goals to make it four as Svalina scored once more and David Prosia got his first, but the goals were shared as Regent also struck two. Their goals came from Osman Ahmed as he fired a brace to allow his side to remain in the game. This close encounter went to penalties to decide who would finish the season on a high.

The penalties saw Michael Lettini and Svalina both score to win the shootout 2-0.

Our next clash was one with plenty on the line as Moreland needed to defeat a strong Fitzroy side in order to have any hope to win the title.

Our first half was as tight as ever with both sides throwing it all on the line for the three points. Moreland didn’t let the pressure get to them early though as they struck from close range through Atay Ibrahim to open the scoring. It was then Jose Filho who doubled the lead emphatically allowing the already strong Moreland side to continue the half with confidence. Moreland would dominate the chances in the first half and could’ve lead by more if it wasn’t for the heroics of keeper Tyler Lewis and a tap-in from Sinan Gluhak to close the half at 2-1.

The second half opened with an emphatic Adam El Hayek equaliser with passionate celebrations to follow as he made this guy just that much more interesting. Moreland then kicked it up a notch in order to take it to a game Fitzroy as they took the lead back through a wonderful Rico Hauser goal. El Hayek then scored an absolute rocket of a volley to equalise again, but it was Cosimo Russo that scored to take the lead once again at 4-3. Atay Ibrahim and Jose Filho both fired to stretch the lead further as well as two more from Russo, and it was Scott Rogan who fired a great strike but it wasn’t enough as the match finished 8-4.

Up next was the most important match in Pascoe Vale’s season, as they looked to defeat Western Wolves in order to claim their 11th SFV championship.

With the crowd louder then it seems it’s ever been the match seemed destined for a fiery beginning. With all ridiculous amounts of controversy surrounding the unpredictable clash, there was no questioning why the crowd was so hyped. The half opened typically with an Andre Caro strike from outside the area, which allowed Pascoe to continue the half with plenty of passion and fight. The intensity of the match only allowed for Wolves’ to take shot after shot, finally finding their equaliser through Nathan Long to close the half.

The second half saw chaos ensue as both sides fought until the dying seconds to see who was going home with the championship tonight. It was an Alisson Lima strike that allowed Pascoe Vale to retake the lead which was followed by a Gerardo Soto strike into an open net that made it 3-1 emphatically. It was then Jordan Guerreiro who struck a well-placed finish under the crossbar to close the deficit, but the scenes were truly ridiculous when Johnathan Barzel equalised 8 seconds remaining in the fixture. We all thought it was destined for penalties, but it was a last gasp effort from Jordan Guerreiro from close range that allowed Western Wolves to score on the buzzer to gift the title to an on-looking Moreland. The scenes were must-see as Moreland took to the court to celebrate their victory and first SFV title.

Our last match was a clash of ridiculous proportions as the two sides Carlton and Cambo sat on equal points. Whoever was to win however would finish one spot outside of relegation playoffs, therefore whoever lost would be forced to face Preston to remain in the most competitive league in Australia.

The half kicked off with Arturo Diaz firing first blood mere seconds after the starting kick-off. Carlton were looking motivated as ever whilst they took charge of the game, doubling their lead quickly through a Thomas Natoli tap-in. A Harry Robotis header was what came next as the match became 3-0, but it was an Henrique Pimenta penalty that gave Cambo hope to get back into this one. Ernie Simsek would then fire a penalty of his own into the upper echelons of the goals to stretch the lead, but the half closed with a Sofiane Soufi tap-and a Chaaban Rajab goal from outside the area to make it 5-2 and provide spectators with an intriguing second half.

The second half did indeed have an engaging narrative, but it was a great defensive performance from Carlton that dominated the rest of the match. Although they conceded to a Michael Nguyen goal through goalkeeper Mazen Abdallah’s legs, it was a precise Moe Matar strike that allowed the match to finish 6-3 allowing Carlton to finish the league safely in 5th spot.