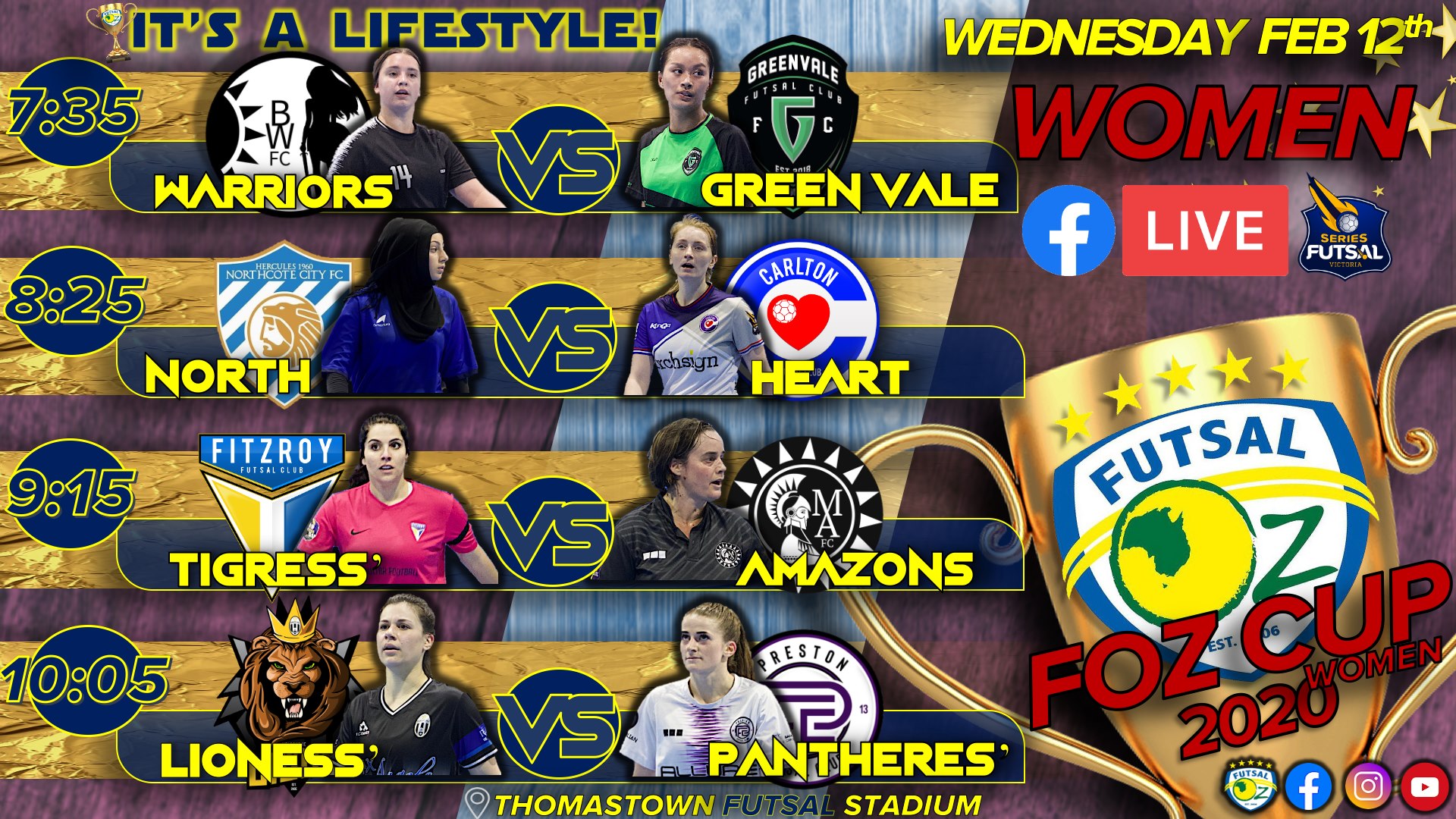 The opening game of the Quarter Final stage pitted league Champions Brunswick Warriors up against 8th ranked Greenvale. The first half saw the game all but done and dusted as the Warriors struck eleven times to one with Lisa Fonua completing a first half hat trick, while Christine Fonua and Emma Fonua both completed braces to all but kill off Greenvale.

The second half was more of the same from the Warriors and despite a brace from Fetima Abou-Eid for Greenvale, it would only be a small consolation as the Warriors struck nine more goals with everyone getting in on the scoring to seal a crushing win.

Next up saw third ranked Northcote City take on sixth ranked Carlton. In a tight first half, the pair traded blows with Alana Cerne & Melissa Garcia netting for Northcote, while a Rebecca Davies brace had the sides level at the break.

The second half saw goals hard to come by for both sides as it wasn’t until late on where Davies completed her hat trick to give Carlton the lead, until two minutes to play where a penalty went the way of Northcote, which Melissa Garcia stepped up and converted to send us to extra time.

Early into extra time Mary Hubeek would net to restore her sides advantage, before a penalty then went the way of the Heart, which Davies stepped up and converted to level the game at four, before Alana Cerne struck twice to snatch the result including a rocket of a ten meter penalty to see Northcote into the Semi Final.

Next up saw Fitzroy enter the competition as they took on 7th ranked Amazons. A cagey opening to this one saw Fitzroy have the bulk of the possession, while the Amazons held their shape and played on the break. It took some time but Fitzroy would open the scoring after a good turn from Claudia Fruscalzo saw her slot home the opener, before returning Dharma Georgi struck to double her sides advantage. Before the half it became three when Ange Durston-Ryan pounced on a loose ball to lash home and take her side into the break with a three goal cushion.

Fitzroy struck first in the second half through Georgi again to have the game all but wrapped up, though two quick goals in a minute from Meg Grove from side balls took brought her side back within two goals. With Fitzroy peppering, a late goal to Claudia Fruscalzo would wrap up the points and see Fitzroy safely through to the Semi Finals, while a good effort from the Amazons was not enough for the win.

The final game of the opening round looked the most competitive on paper as fourth placed Pascoe Vale took on fifth placed Preston. It was the Pantheress who raced out of the blocks early, firing home twice through Steph Galea for an early advantage, before Bruna Silva netted to pull her side back into the contest as they trailed by a goal at the break.

Early in the second half the Lioness’ were back in the game as Jess Byrne struck to bring her side level and have the game in the balance. Preston again restored their advantage when Sidney Allen netted for a slender lead, and try as they might, Pascoe could not find their equaliser, and were punished on the break with Allen firing home once again for her second of the game to seal a big win for Preston as they progress to the Semi Finals.