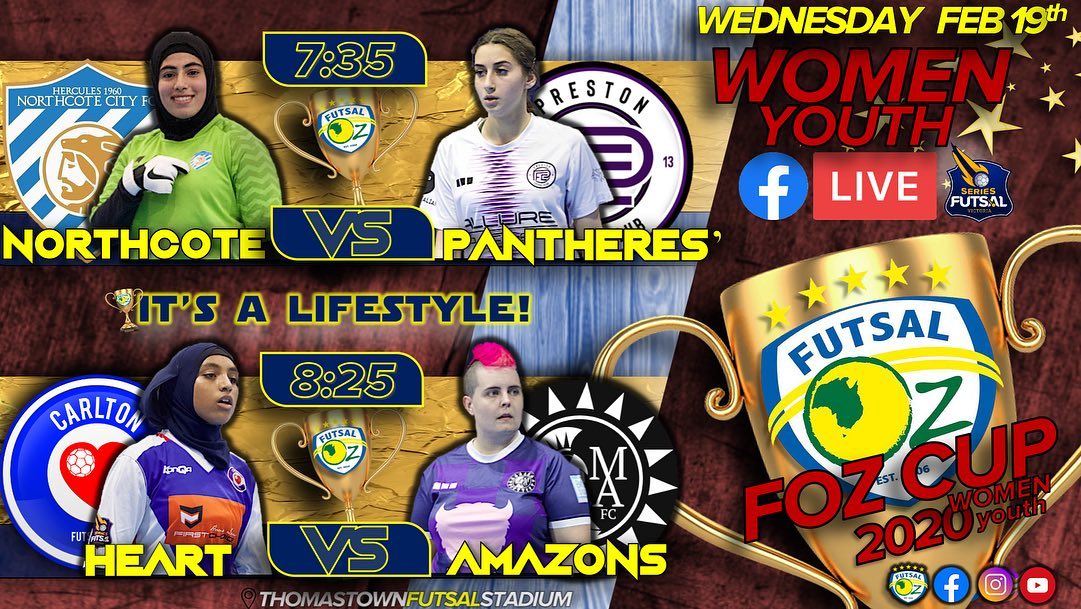 The first of the Womens Semi Finals saw Fitzroy take on Northcote who were second and third from the regular season. In what is also an entertaining contest, it was Northcote who struck first through Melissa Garcia firing home from a corner for the lead, though it lasted a matter of moments as Dharma Georgi hit back to bring her side level. An own goal off Fitzroy keeper Zoe Lovatt restored the Northcote lead, before a good strike from Laila Abdullatif gave Northcote a 3-1 lead at the break.

Early in the second half it was Northcote who added to their score when Garcia struck for a second time, but Fitzroy would again hit back quickly through Claudia Fruscalzo to bring the game back to within two goals. A further two quick strikes from Mary Hubeek and Camilla Fresneda put the nail in the coffin as Northcote reach the final for the second straight season looking to go one further than last season.

The second of the Semi Finals saw Brunswick take on Preston for a place in the final against Northcote City. It was a dominant first half for Brunswick as they built a commanding 6-1 half time lead on the back of four goals from Lisa Fonua all but killing off the game at the break.

The second half was more of the same as Brunswick struck five times to not reply for a thumping 11-1 win to see the Warriors take their place in the final, while Preston will be disappointed with the result after what was a positive season.