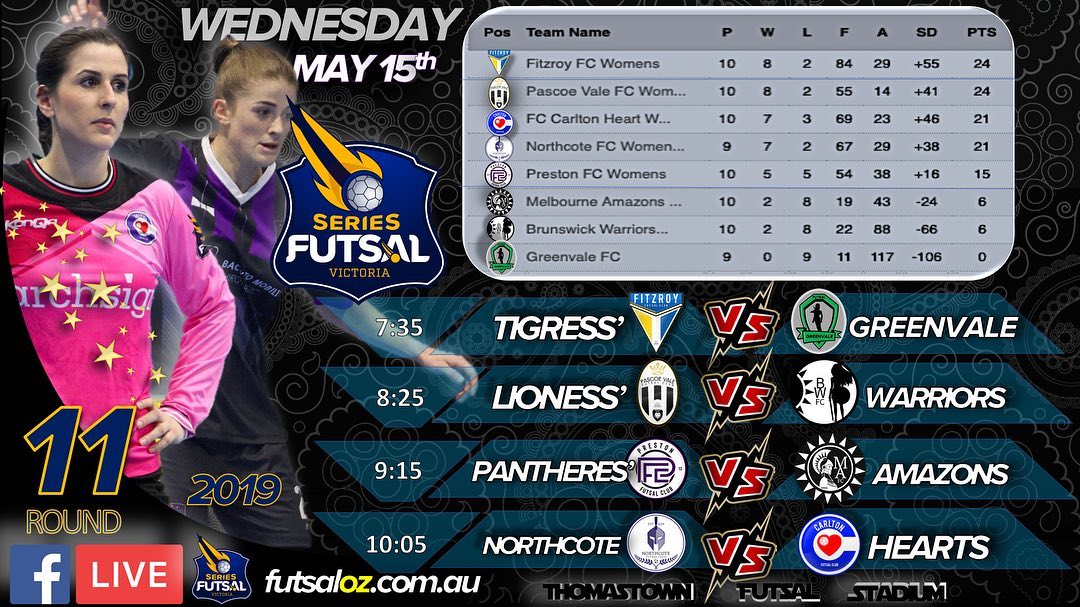 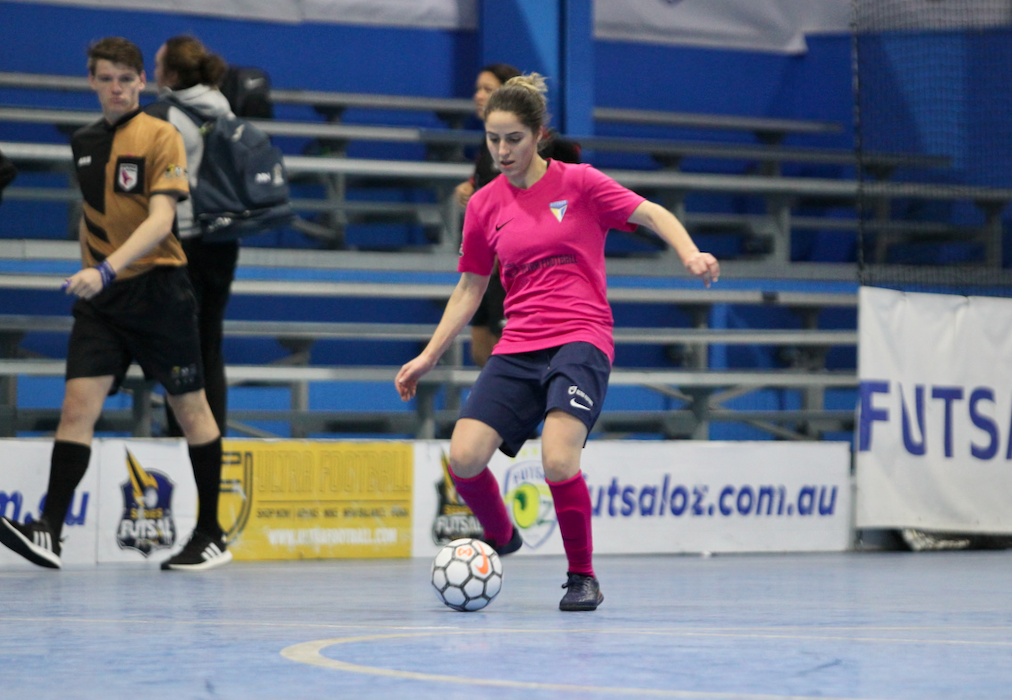 The opening clash of round eleven saw Fitzroy take on Greenvale in a top against bottom clash. Fitzroy were expected to take a heavy win and the first half set them up for that with a seven goal to one half seeing them all but home and dry with doubles to Em Coppock, Erin Clout & Dharma Georgi putting them in a great position.

The second half was more of the same for the Tigeress’ as they added a further nine unanswered goals to seal the win with Elaina Vatcky ending with a game high five goals while Em Coppock bagged four and Erin Clout & Dharma Georgi completing hat trick to seal a commanding win for the league leaders. 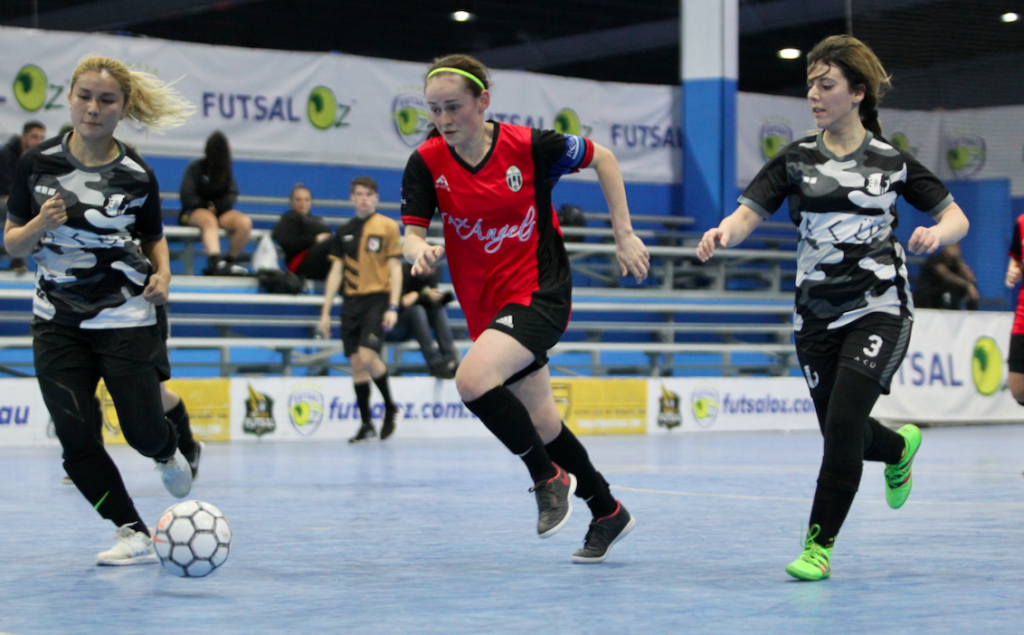 Second up saw Pascoe who looked to keep pace with Fitzroy at the top take on Brunswick who were struggling so far this season. A strong performance all the way through guided Pascoe to a commanding win as they took home a nine goal victory thanks to an Abbey Flight hat trick which was supported by braces to Anita Caro, Beatriz Gonzalez & Jan Mustac to seal a convincing win for the Lioness’ as they continue to firm as a real title challenger this season. 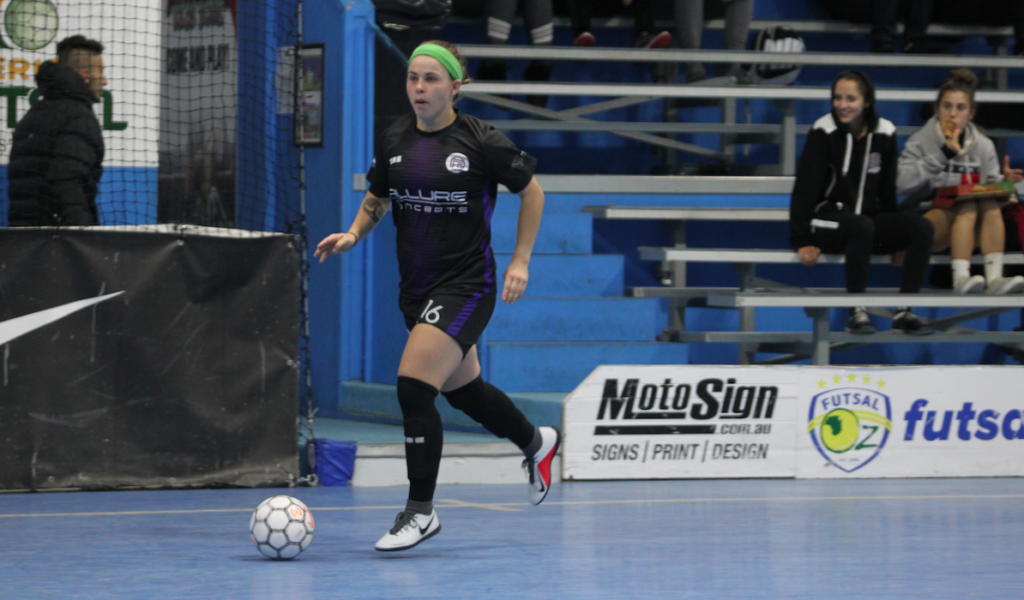 Next up saw an important game as Preston faced the Amazons in what was a must win for both. A tight first half saw Preston build a handy 2-1 lead thanks to goals from Sidney Allen & Janelle Sammut cancelling out a Bianca Lee strike to have the game in the balance at the break.

The second half was one way traffic for Preston as they overcame a stubborn start from their opponents to take the win with Leia Cartanos & Elizabeth Eyar both completing braces supported by a single to Elly Torre to help Preston maintain a chance at a top four finish. 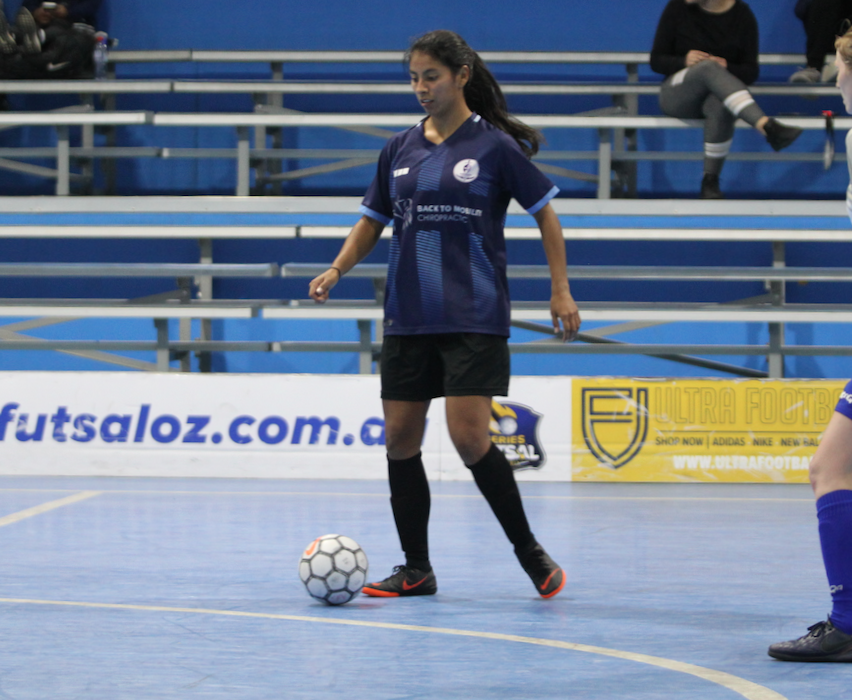 The final game of the evening was a big one as third took on fourth with Northcote and Carlton facing off needing a victory to keep their title chances alive. Northcote stormed out of the blocks and built a crucial three-nil lead thanks to a brace from Mary Hubeek & a single to Monica Fonua having their side in control. A Rebecca Davies strike before the break kept Carlton in with a chance of a come back as they trailed 3-1 at the break.

Northcote again started the second half on the front foot and added to their advantage thanks to a pair of Camilla Fresneda strikes all but putting the game to bed. Carlton weren’t going to lay down and quit though and pulled two quick goals back through Rebecca Saber & Claudia Johns as they looked to claw their way back into it. A late goal to Mary Hubeek killed off any chance of a come back, and despite a late strike from Saber, it wouldn’t be enough as Northcote took home a vital win. 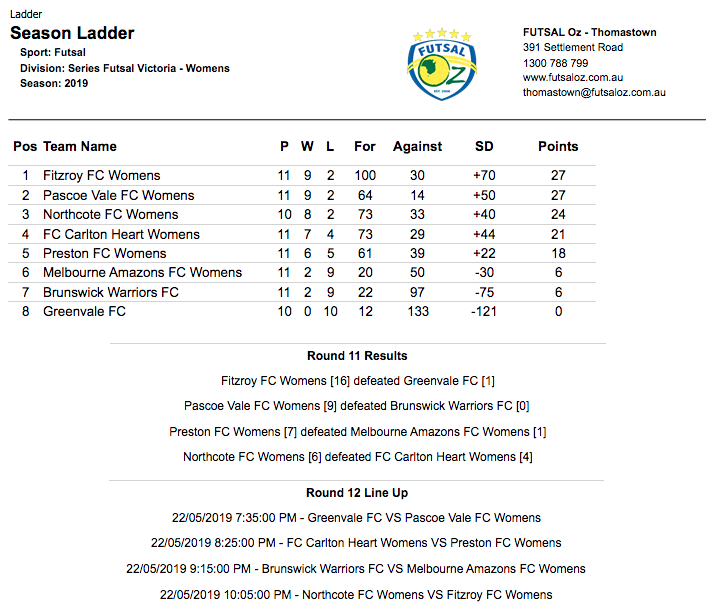