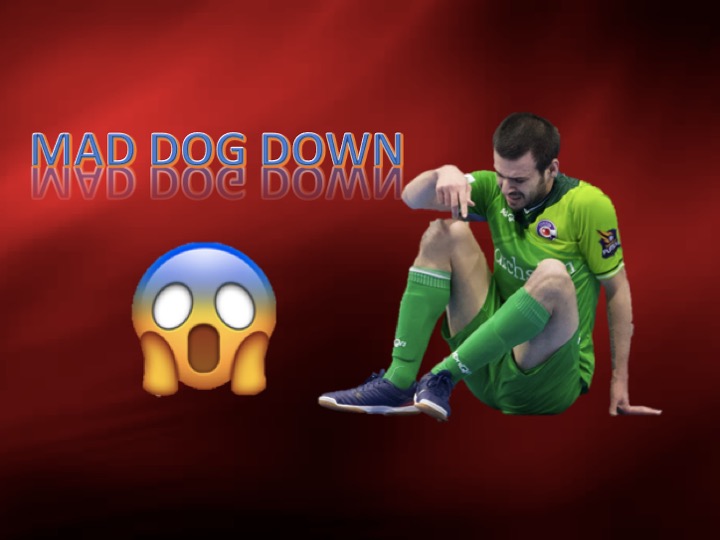 For the second week running we have seen a miracle come back, this week from Altona Knights who managed to claw their way back from 6-3 down with 3 minutes to go to earn a penalty shoot-out.

The pivotal moment in the game came when Campbellfield’s number 1 keeper Anthony Perroudon was sent off for handling the ball outside the area. Second goal keeper Alan Yas was thrust into the game and was not able cope with the pressure piled on by the knights.

With Frano Saric in goals, the Knights were successful in the penalty shoot-out, tucking away their 2nd win of the season and moving 6 points away from last placed Regent.

After a tumultuous week for the Panthers manager the Regent team needed to perform however, they got off to a sluggish start, trailing against the Tigers 3-0, they seemed doomed for another long night.

Abdullahi Mohamed was able to rally the squad though and forced the game into a penalty shoot-out where they fell agonisingly short of their first win of the season. Credit must be given where it’s due with Mohamed bringing in Shaf into the line-up and giving Mazen Abdallah his first start of the season in effort to change the teams fortune, and it almost paid off!

It was another spectacular game between the 2 ladder leaders only marred by the injury to Chaaban Rajab in what was a high intensity and physical encounter.

The Mad Dog sought medical assistance at half time for a shoulder injury sustained late in the first half and managed to come back in the second half to play a role in his sides devastating loss to now ladder leaders Pascoe Vale.

Scans later that night confirmed that Rajab had sustained a grade to AC joint sprain which will see him miss the next 4-6 weeks. The timing couldn’t be any worse for the Heart with SFA kicking off next week as well as being right in the hunt for an SFV title. With 10 goals in the last 3 games, Rajab will be sorely missed by the Heart and they will be hoping he can make a speedy recovery.

Moreland Hang In There.

If the Blues were going to challenge for the title again then their match against the high-flying Wolves was a must win. The Blues now have back to back wins for the first time this season after a comfortable win on Friday Night.

With SFA interrupting the season, the Blues will be hoping that their players, especially their goal keepers, can return after the break to steady the ship. For now Moreland have climbed up to 4th place and will be thankful that teams have been stealing points off each other in such a tight season.