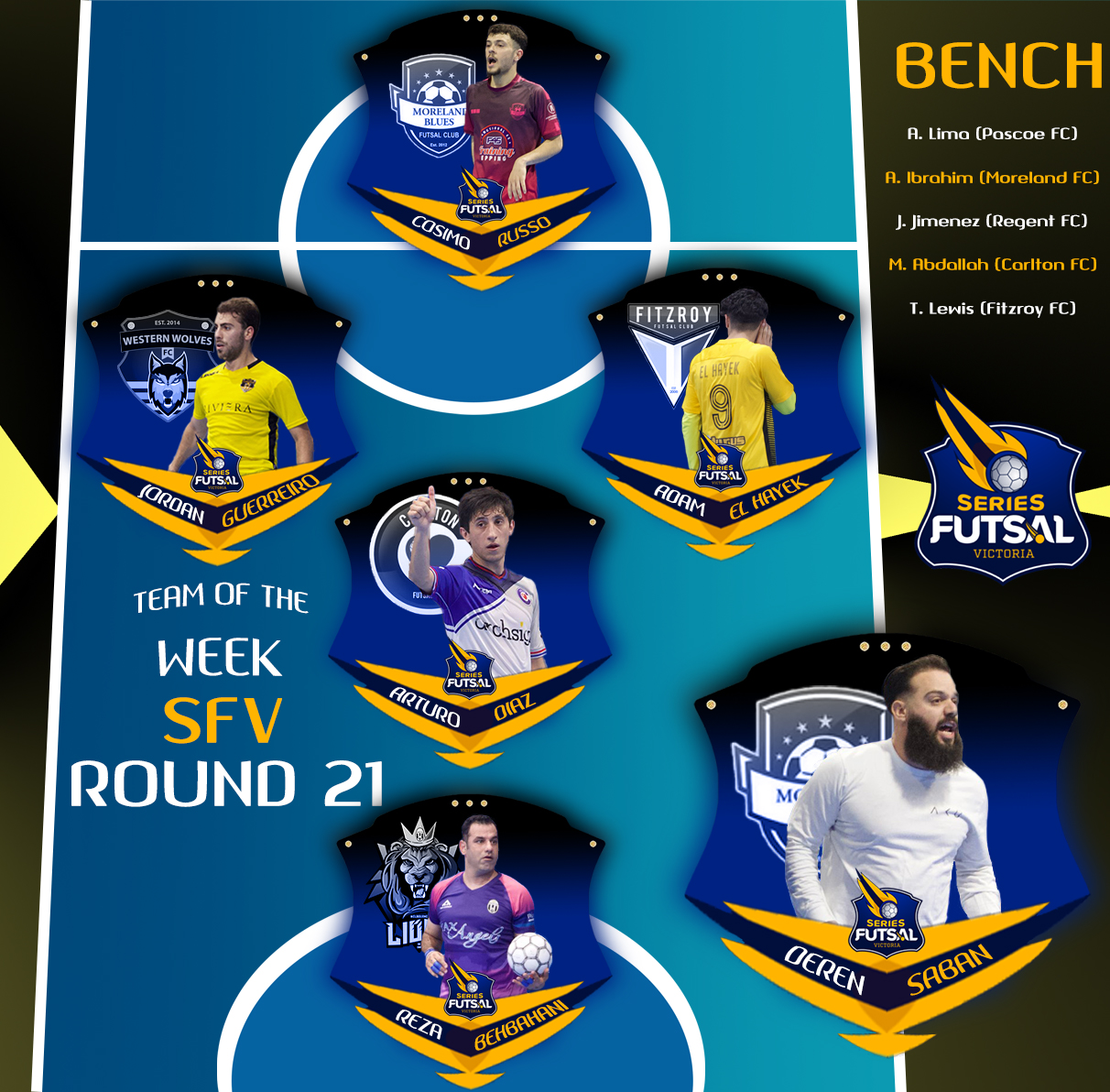 As he did everything in his power to keep his side in the title race until the very last second, Reza Behbahani put on another clinic of goalkeeping brilliance. The man between the sticks made faced a star-studded Wolves’ side full of national team talent, but wasn’t met with any discouragement as he forced them to pull out all the stops. Although his side tragically lost the match and the title with under one second remaining, Behbahani made sure they didn’t go down fighting with a fantastic performance, confirming a team of the week selection.

In a clash that decided who would finish in the relegation play-offs spot, Arturo Garzon Diaz showed why he is the perfect leader to have on your side as he lead his team to an emphatic victory. With one goal and two assists and one of his strikes being cleared off the line by a Henrique Pimenta handball, Diaz’s great performance allows him to make it into his second team of the week selection.

It was a clash that was considered must-win for Moreland FC as they faced an inform Fitzroy side, who struggled on the day. Moreland were the dominant team but still faced some struggles in the form of Adam El Hayek’s attacking prowess, as his brace of strikes and playmaking ability saw Fitzroy stay in the game for most of the match. With one of his goals being a destructive volley from distance, El Hayek’s performance in a losing effort saw him claim his first team of the week selection.

After debuting for Wolves’ against Pascoe in a clash that was must-win for the lions if they wanted to win the title, Jordan Guerreiro put on a great performance for the hot crowd in attendance. With Wolves’ trailing for most the game, they were in need of a resurgent performance in the last quarter of the game, which is exactly what Guerreiro provided. With two goals to his name, one being the goal to close the deficit at 3-2, and they other to confirm the victory with one second remaining at 3-4, Guerreiro made sure he would be apart of Round 21’s team of the week.

With his side in need of a miracle on the night, Cosimo Russo stepped up to allow Moreland to keep up their fight in the title race. As he faced a strong Fitzroy side, Russo was not intimidated, firing a hattrick of crucial goals to continuously force Fitzroy to chase the game. With this victory, Moreland were able to eventually win the title under miraculous circumstances solidifying Russo’s venture to make his second team of the week.