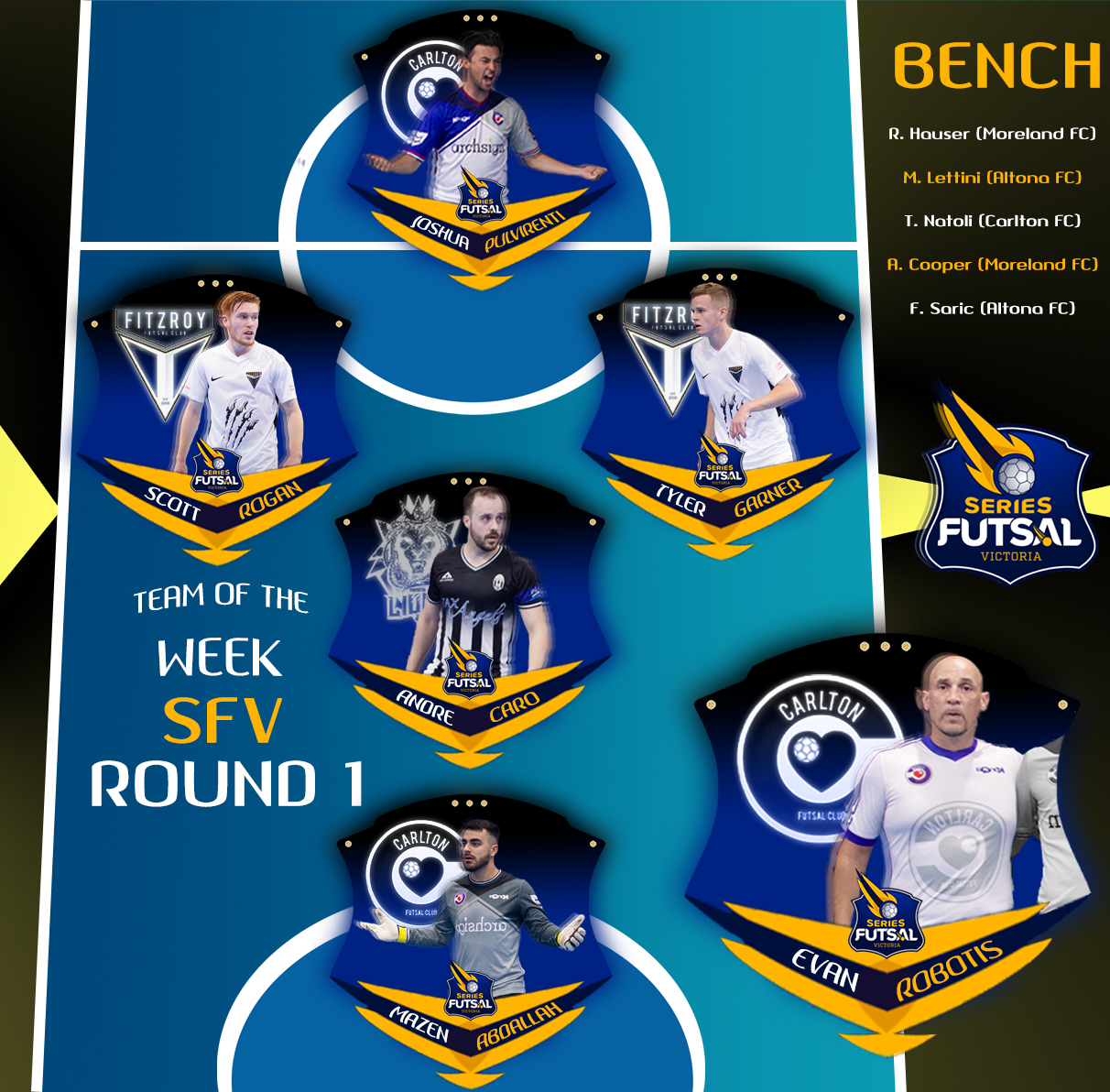 It was the opening round and Carlton looked as strong as ever as they pulled Campbellfield apart, 5-1. It was an impressive all-round performance from the depthy Carlton lineup but the credit for man of the match was given to Mazen Abdallah who played his role very well, being the stand-out player on the court. His crucial saves allowed his side to maintain their momentum throughout the match, providing them with a much-needed boost to retrieve the opening three points.

After being faced with the task of taking on a fresh Western Wolves side full of new faces, it was Andre Caro who stepped up to lead the lions to a hard-fought opening round victory. After holding down the fort with a quality performance as his sides holding player, it was a last minute long-shot that secured the victory. “The doctor” exemplified why he is the captain of the lions as he makes his way into the opening team of the week.

Scott Rogan (Player of the Round):

As a strong Fitzroy side bolstered with new signings took on Altona Knights, we saw nothing new with the man of the match Scott Rogan as he once again stood out among all the players. “Fanta” fired the first two goals of the game to ensure his side keeps up with Altona who fired equal, which eventually lead to the tigers snatching two more goals to become 4-2 victors. Fitzroy’s engine put on a 46 minute clinic as he claims the title of the player of the opening round.

With a goal and an assist and a quality performance all around the court, Tyler Garner complimented Rogan’s impressive performance with one of his own. From the get-go Garner was knocking on the door of a goal, forcing fantastic saves from goalkeeper Frano Saric and eventually getting his goal later with a quality weak-footed finish. His positive influence on the Tigers in the opening round allows him to step into the team of the week, alongside friend and teammate Scott Rogan.

With his side in need of a goal scorer as they sat equal at 1-1 early in the game, Joshua Pulvirenti stepped up to the plate to steal the lead for his side. He struck once again later to stretch the lead to 4-1 and put fear into opponents Campbellfield as they surely knew a comeback wasn’t on the cards for this one. ‘The Teacher’ proved why Carlton hold faith in him to take to the court up front and earned his way into the opening team of the week by doing so.