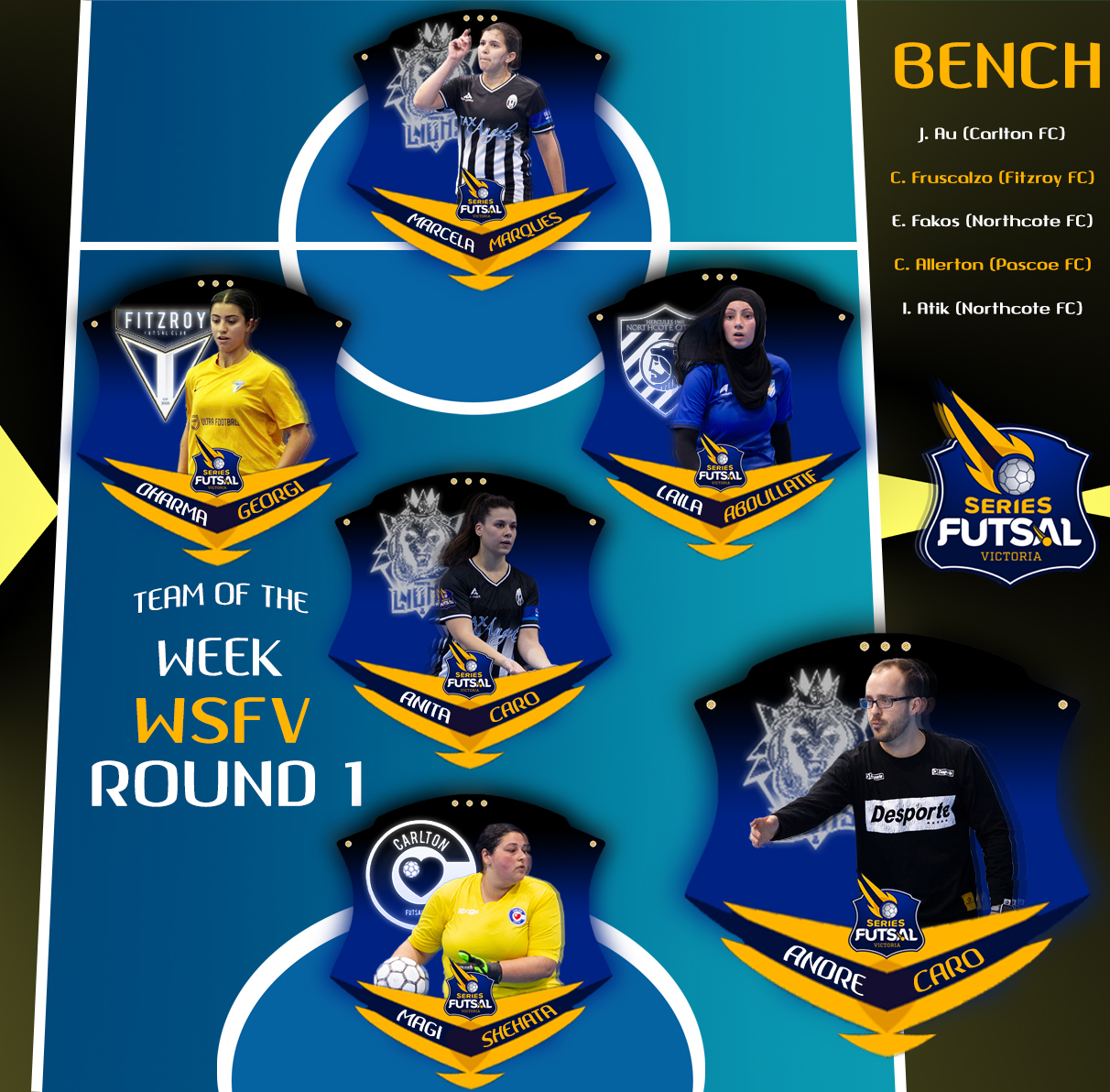 Although her side fell to a well-oiled Northcote side, it was Carlton keeper Magi Shehata who was the soul reasoning behind the Hearts remaining in the game until the dying seconds. A wonder strike from Jessica Au may have equalised, but her side would not have been able to be in that position if it wasn’t for Shehata’s fantastic performance between the sticks. Northcote were visibly frustrated by the multiple crucial saves made by the Carlton keeper, which has allowed her to make her way into the opening team of the week.

Anita Caro (Player of the Round) :

As she struck goals of the highest quality in her 9-0 victory over a weak yet youthful Preston side, Anita Caro impressed all with her top-quality performance. It seemed like when she was on the court she was everywhere as she relentlessly pushed for more goals whilst also playing a pivotal role in keeping the cleansheet for her side. Caro showed why she is a crucial asset to her Pascoe Vale side as her commanding performance allows her to become the Player of the Round.

Matchday Two saw our clash of the round as Northcote and Carlton locked horns in a battle that saw impressive displays all around the court. With a brace to her name, Laila Abdullatif put on a fantastic showing as she played the entire fixture with no substitution. It was her crucially timed strike in the dying seconds of the game that saw her shot creep over the line to steal the victory off of Carlton, causing a ridiculous finish to a highly competitive game. Abdullatif spent the entirety of the match consistently knocking on the door of multiple goals as she put on a quality showing to make her way into the opening team of the week.

It was a match that saw another cluster of goals as Fitzroy dominated the Amazons 7-0 with returnee Dharma Georgi receiving the player of the game. Georgi was among the standout performers as she created her own goals, tackling, intercepting and winning the ball successfully to set up both of her strikes that made her brace. Georgi showed great consistency and ability to help her side maintain their dominant momentum and win by such a large margin.

As she snatched a hattrick of assists and a brace of goals by full time, Marcela Marques perfectly complimented teammate Anita Caro’s performance with a quality one of her own. The two players linked up with eachother and their teammates fantastically to dismantle Preston and solidified themselves as a dangerous duo to watch throughout the season. Marques showed confidence in her simplistic maneuvers that were ultimately one of the key assets for her side to complete a 9-0 thrashing, allowing her to make her way into the opening team of the week.