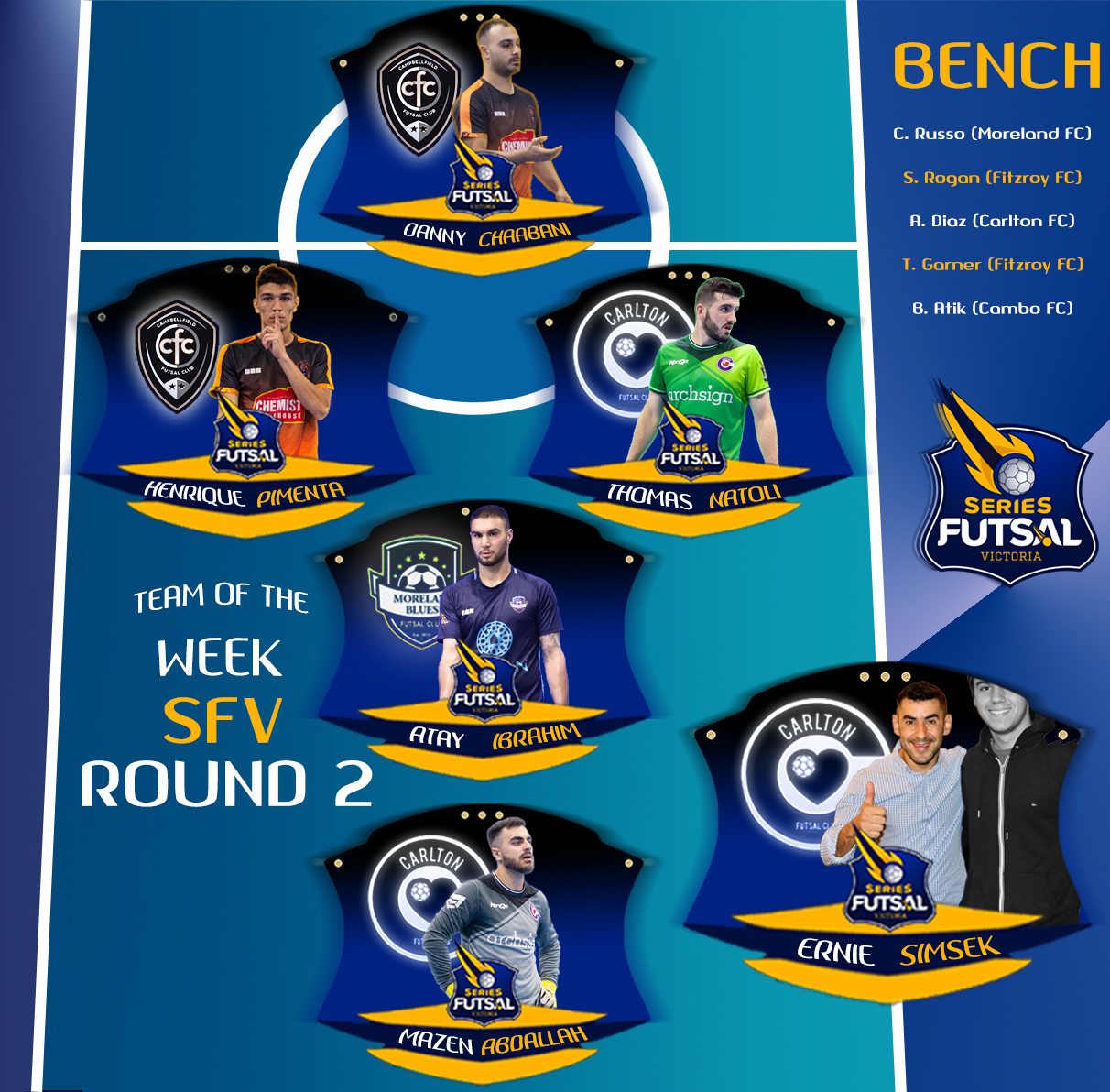 Mazen Abdallah:
After a quality game of goalkeeping and scoring one himself, Mazen Abdallah justified his late howler against the strong Pascoe Vale lions with an impressive display between the sticks, much to his team’s delight. Abdallah continued his run of good form with an exceptional 19 saves and with this, the shot-stopper’s round 2 performance allows him to stand-out from the SFV goalkeeping bunch and make the team of the week for the second round in a row.

Atay Ibrahim:
After being faced with a more than up-for-it Western Wolves side, Atay Ibrahim’s Moreland FC were in desperate need of a lifeline as they fell 2-0 down in the first half. It was an average performance from the champions, but once Ibrahim found his shooting boots, there was no stopping him as he fired an extremely vital hatrick in quick succession. An incredible solo run topped off with a goal and a clinical longshot into the top corner were the pick of the bunch as Ibrahim confirmed his spot in the Round 2 team of the week.

Henrique Pimenta (Player of the Round):
After missing his Campbellfield sides opening round 5-1 loss to Carlton Heart, it was up to star-player Henrique Pimenta to provide his club with the goals they’ve been missing. He was faced with perhaps one of the most threatening goalkeepers in the league Frano Saric, and certainly wasn’t phased as he struck a staggering six goals by full-time. Incredible skill runs, distanced strikes and plenty of celebrations (much to his opponent’s frustration) made for an incredibly entertaining affair for any fan of Cambo and/or Pimenta.

Thomas Natoli:
It was Carlton and the Lions who locked horns in Matchday 1 of the round and it soon became must-see as the heart managed to notch 10 goals passed the reigning Clubs Cup champions. It was Thomas Natoli though that stuck out as the most influential player out of a squad that saw everybody play their role well. With two goals and one assist, Natoli continued to prove himself as a vital part of the Carlton squad as they look to take the 2020 season by storm.

Danny Chaabani:
As he enters the team as the man up front, Danny Chaabani proved to be a menace against an Altona side already struggling to contain the likes of Henrique Pimenta, Enzo Marangoni and Nam Pham. It was Chaabani though who was one to stick out as he retrieved two goals and gifted three assists to teammates, registering five goal contributions in the match. A great attacking performance from the Cambo player meant that he confirmed a spot alongside teammate Pimenta in the Round 2 team of the week.