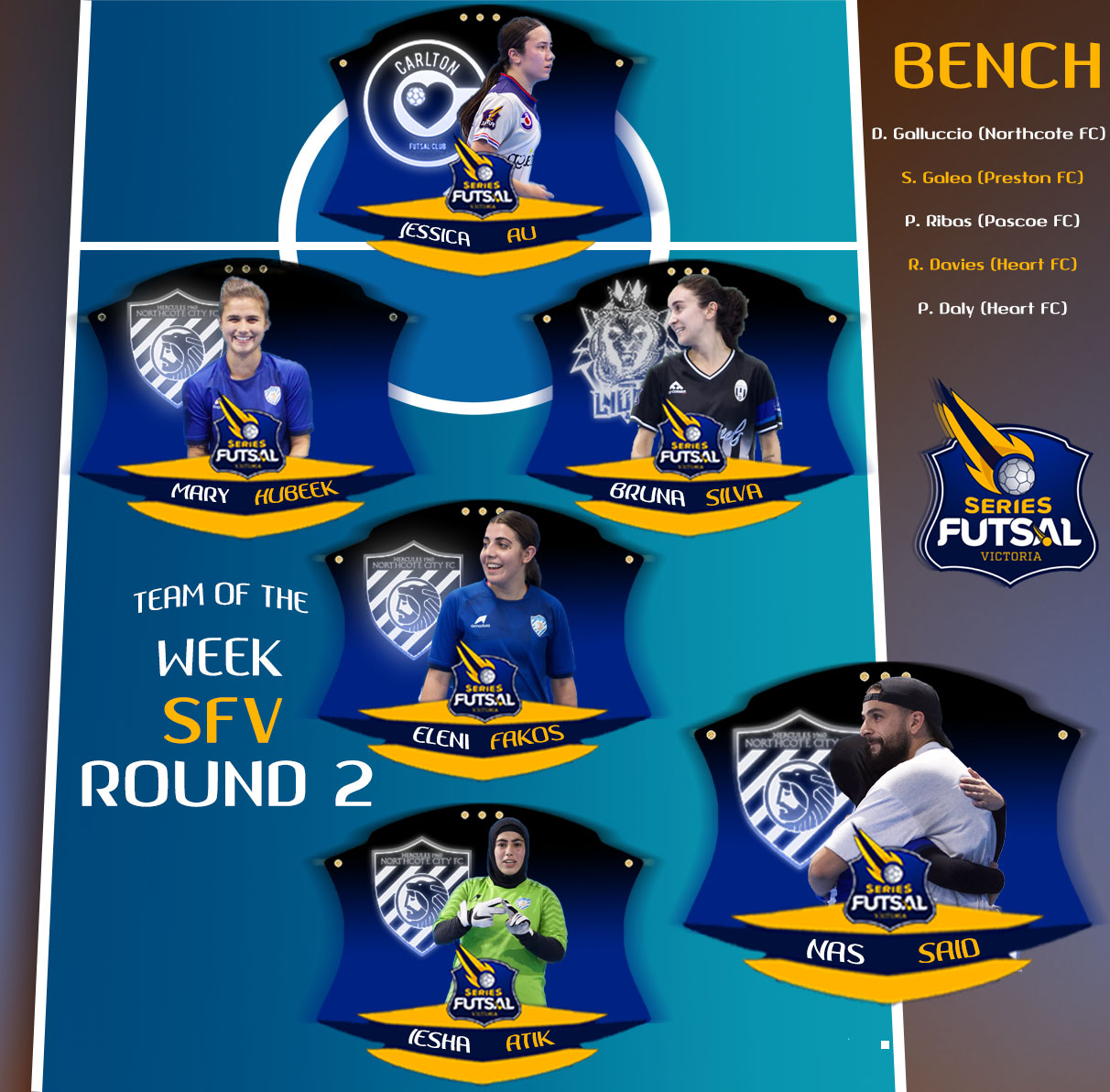 Iesha Atik (Player of the Round):
After a ridiculous performance between the sticks for Northcote City FC, Iesha Atik undoubtedly makes her way into the Round 2 team of the week. As she made saves that provided her opponents with plenty frustration whilst also collecting an assist to her name, everybody was applauding the the display put on by Atik.

Eleni Fakos:
With one assist and a brace to her name, Eleni Fakos was another Northcote City player to play an extremely influential role in her sides 7-3 victory over Preston. With a showing of great skill and awareness, once again Fakos proves herself to be one of the most talented dribblers in the league whilst also finishing goals herself to add to her sides strength and fire-power.

Bruna Silva:
With two goals and one assist by full-time, Bruna Silva proved to be the player to watch in her clash against a tough Amazons side. After her lionesses played a quality match throughout, Silva’s performance was the one to stand-out among the bunch. As she fired a well-placed shot from distance to double the lead at 2-0 and another quickly later to make it 3-0, Silva’s crucial goals allow her to enter her first team of the week.

Mary Hubeek:
After being faced against a Preston side determined to get their first win, Mary Hubeek made no mistake in putting on a fantastic all-round performance to pile on the misery for the Panthers. She was a stand-out performer as she struck the only hatrick of the round, whilst also setting up a goal herself to prove herself as a highly dominant factor in a 7-3 victory. Hubeek’s influence on a big win, complimenting her teams quality performance around the court allows her to make her way into the round 2 ream of the week.

Jessica Au:
With two crucial goals and an assist to her name, Jessica Au proved once again why she is one of the top talents in the WSFV league. Faced against an always tough Fitzroy side, Au didn’t lose her composure as she struck two goals from range, catching her opposition keeping off their line and off their guard to stretch the lead away for her side. Au’s performance was highly influential in a big win against the Tigers which allows her to make her way into the round 2 team of the week.