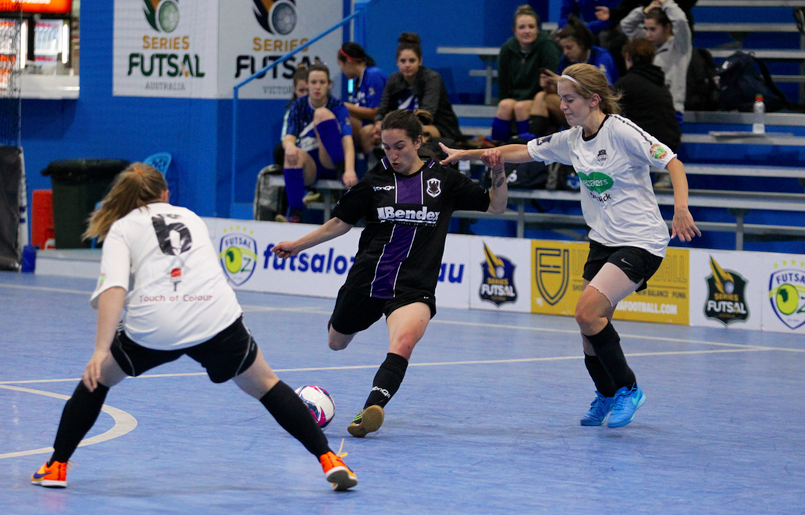 Next up we saw Thomastown who have been putting in many improved performance, take on giant killers Preston. With Preston announcing themselves as one of the top teams in the league they were heavy favourites in this one. It was Thomastown who took a shock lead though through newcomer Chloe Gatt which forced Preston to call a time out. It worked instantly as Stacey Papadopoulos rounded up the keeper to equalise. Thomastown were not going to let that bother them as Gatt turned provider for Ella Sowinska to tap home. Papadopoulos was not going to let her side slip up though as she took control of the game equalising with a lovely one-two before pinching the defenders pocket to finish and give her side the lead. Papadopoulos then tapped home at the back post before adding another to her tally making it five first half goals and a 5-2 half time lead.

The second half saw Papadopoulos continue to run the show as she created countless chances for her side to score but they continued to fluff their lines. Maneesha Patterson finally put one away as they got their first of the second half, before Papadopoulos grabbed her sixth of the game putting in a starring performance to help her side take home the three points in style.