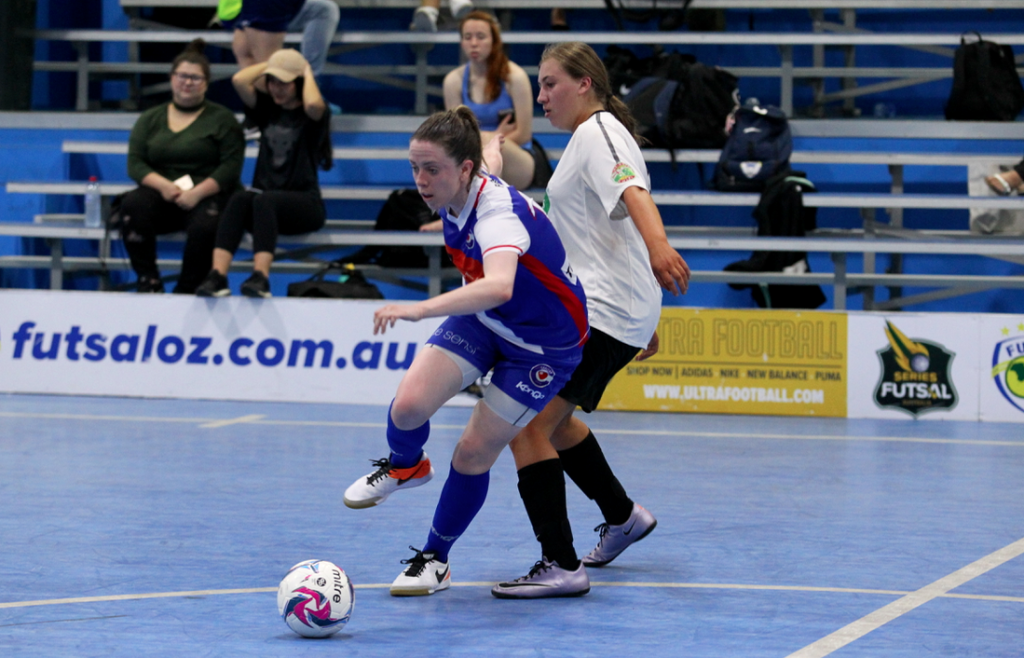 Next up saw an in form Carlton take on Thomastown who sat second from bottom. It was expected to be a routine win for Carlton given their recent form, despite last weeks hiccup to Kingston. They would open the scoring as Rebecca Davies ran the length of the court before firing home to open the scoring at 1-0. With Carlton in control it took an error from them to let Thomastown back into the game when Ana Carolina finished to make it 1-1 going into the half time break.

Carlton wouldn’t have been too worried at being level at the break but if they weren’t then they would be now when a similar error that lead to the first goal saw Chloe Gatt nip in and finish one on one to give Thomastown a shock lead. Carlton began to left the intensity and it showed as they took control of the gam and equalised through some great pressure from Morgan Kirk-Eaton saw her win the ball deep in the opposition half before finishing. Carlton were well on top and had countless chances to bury the game and found their match winner with 20 seconds to play, as Jess Byrne shot from a corner which was fumbled in leading to heart-break for Thomastown but a sense of relief for Carlton who take home another three points.