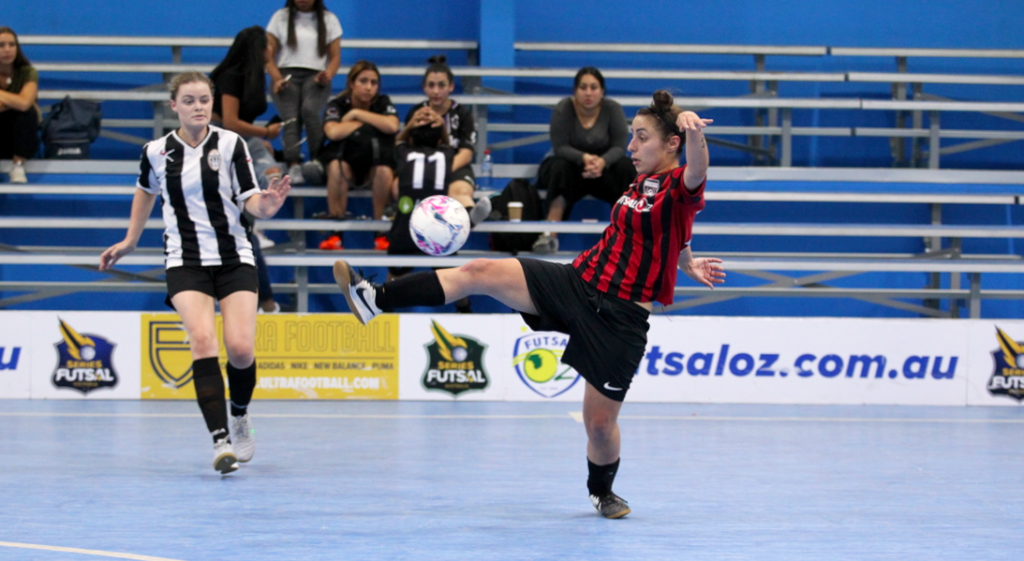 The second game of the night saw ladder leaders and champions elect Richmond take on Pascoe Vale. It was always going to be a tough task for Pascoe to overcome Richmond, one made even more difficult when Chritina Fonua’s long ball was turned in by Alki Stefanidis for the opener. It was soon two when the ball popped up for Penny Bakopoulos to head into an empty net before Pascoe blew a golden chance to score only to be hit on the break with Bakopoulos picking out returning Claudia Fruscalzo who tapped home. Pascoe pulled one back through a Richmond error with Fonua out of her goal, Amy Ryan lobbed into the empty net to keep Pascoe in it at the break.

With the game evenly poised the next goal would be crucial and it would be Richmond who got it as Fonua hit a rocket from halfway to make it 4-1. Some good work from Claudia Fruscalzo down the line saw her cut back turned in for an own goal as Richmond began to run away with it. In similar fashion to Pascoe’s first goal Anita Odd would strike the second into the gaping net to again keep Pascoe in with a glimmer of hope. It was always going to be a difficult lead to overturn and Richmond put the game to bed as Bakopoulos scored an identical goal to her first before Claudia Fruscalzo added her second of the contest. Bakopoulos completed her hat trick in some style with a powerful effort from long range before putting her fourth on the board shortly after. Em Coppock would finally get her goal after a host of missed opportunities rounding Madeline Nobbs to finish and rounding out another resounding win for the would be champions.