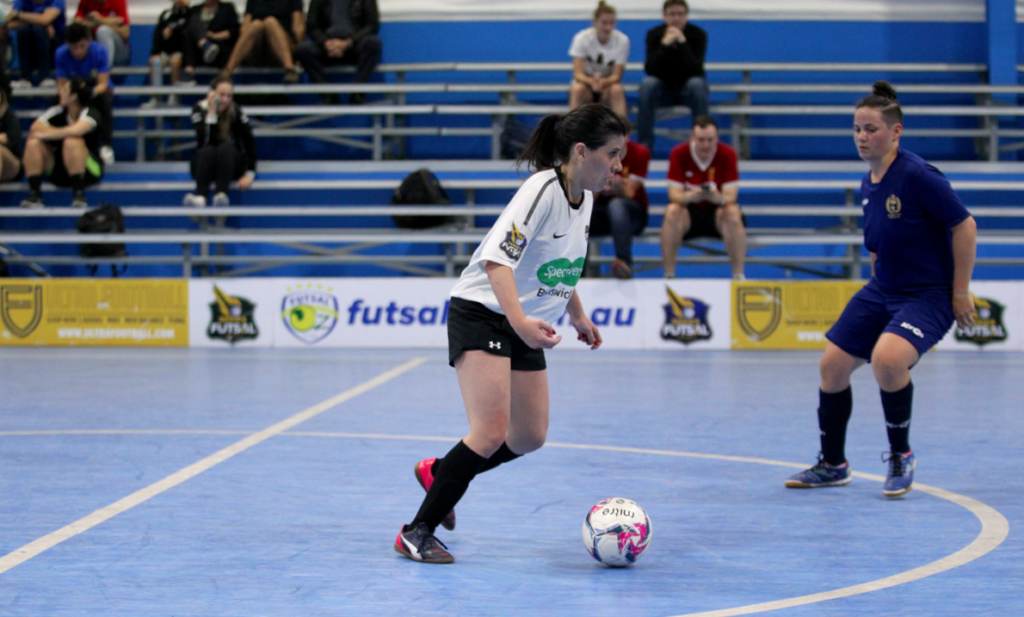 The next game of the night saw 9th placed Thomastown take on Kingston Royals who sat in 7th. 18 points separated the two before the kick off but with Kingston still depleted Thomastown would have fancied their chances. Amy Malander would get the first goal of the game as she turned as a target and finished to give Kingston the lead. Thomastown drew level through a lovely solo effort from Ana Carolina midway through the half. In the final four minutes of the half Thomastown went to another level and took the lead when Carolina found first gamer and youngster Pyper Cohen tapped home. Only moments later a stray pass from Morgan Groves gifted Sarah Chamma with the goal to give them a two goal cushion before Amber Clarke finished before the half time buzzer to have Thomastown going into the half time break leading 4-1.

The second half was all Thomastown as they bossed the game from the start and added a further two goals through Chamma and Carolina to all but assure the result. Kingston got a late consolation through Tara De Melo but it was no more than that as they sealed a massive win for the club putting them six points clear of bottom placed Preston United.