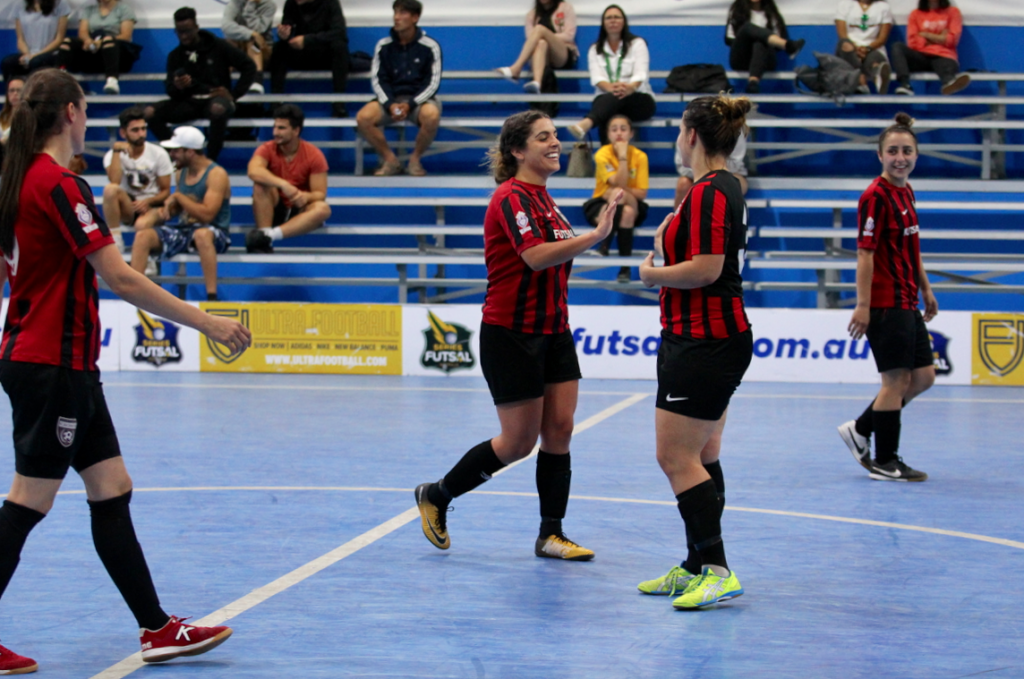 The next game of the night saw the champions elect Richmond face off against Balwyn in the final game of the year for both sides. As predicted Richmond got off to the stronger start with an own goal from Shanel Camilleri gifting Richmond the lead. Penny Bakopoulos and Em Coppock both found the net to make it 3-0 as Claudia Fruscalzo provided the assist for all three goals. Camilleri would redeem herself at the other end scoring her sides first but Richmond hit straight back with Alki Stefanidis pouncing on a mistake to go into the half time break leading 4-1.

The second half was all Richmond as they dominated from start to finish. Second half braces from Claudia Fruscalzo & Penny Bakopoulos lead the way for the league leaders whilst singles to league top scorer Em Coppock and Monica Fonua rounded out another resounding victory for Richmond as they close in on another title