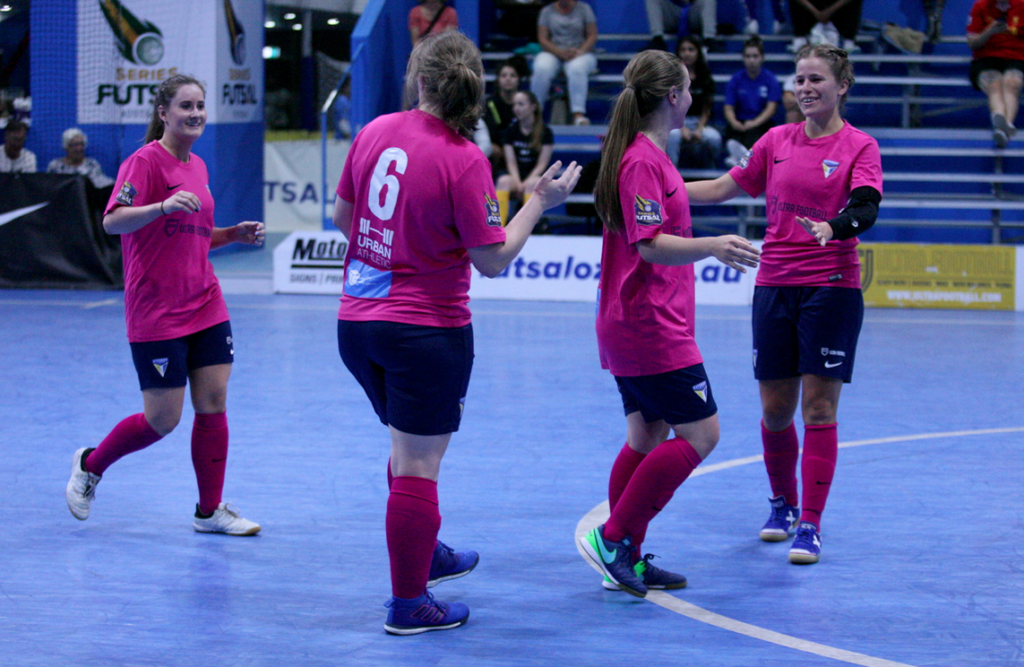 Next up saw second placed Fitzroy take on the resurgent Thomastown. The Titans had ended 2017 on a high and would be looking for more improvement at the turn of the year. However despite being heavily depleted Fitzroy struck first through returning Zoe Schaffner, Before Rebecca Catterwell finished on the turn to double the advantage. First gamer Bella Carter-Madej made it three before Evangelia Parthimos rifled home the fourth as Fitzroy were in total control. Thomastown pulled one back through Pyper Cohen but it wasn’t going to be enough as a great run by Sarah Richardson saw her cut back turned in for an own goal by Zoe Dupont before Richardson got a goal of her own from distance to have her side leading 6-1 at the break.

Early in the second half Zoe Dupont got a goal of her own to keep Thomastown’s slim hopes alive, but the game was dead and burried when Romy Heasly converted to seal an emphatic 7-2 win with all players getting on the scoresheet for the Tigers.