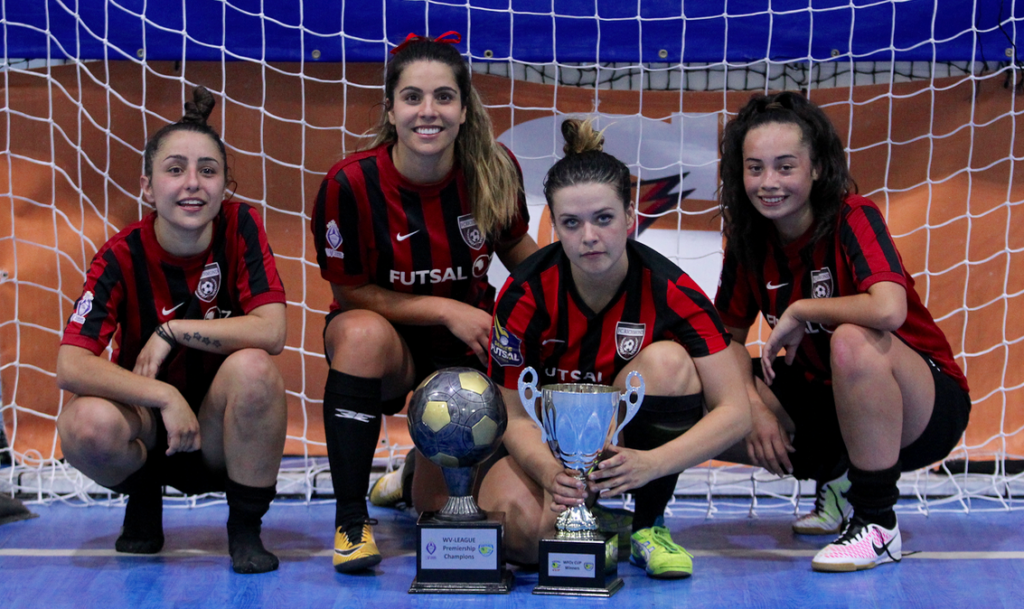 The final of the Futsal Oz Cup was a mouth-watering prospect as Richmond took on Fitzroy. First vs Second from the regular season and both looking to be crowned champs. Fitzroy started strongly and took the lead when Sarah Richardson finished from a side ball. Richardson then made her way down the right flank finishing again to double the Fitzroy advantage early in the first half. Richmond pulled one back when Em Coppock struck but Fitzroy looked in the mood as another sweeping counter attack saw Romy Heasly finish to have the Tigers leading 3-1 at the half time break.

Early in the second half Fitzroy added their fourth as a good ball from Ili Jakab was flicked home by Elaina Vatcky putting her side 4-1 ahead. With plenty of time still remaining Richmond set about chipping away at the deficit and got one back as Penny Bakopoulos struck from range to bring it back to 4-2. Straight after a time out Coppock added her second of the contest as she headed home from a good long ball from Christine Fonua before Coppock struck again deflecting the ball home in similar fashion to Vatcky as the pair were back on level terms.

The game ended that way and went into extra time. Neither side found a way through in the extra time period which saw us go all the way to the penalty mark to decide this one. Richmond converted their first three penalties while Fitzroy put two away only to miss on the third occasion with Fonua denying Dharma Georgi to seal the Double for Richmond and end another remarkable season on a high for them.