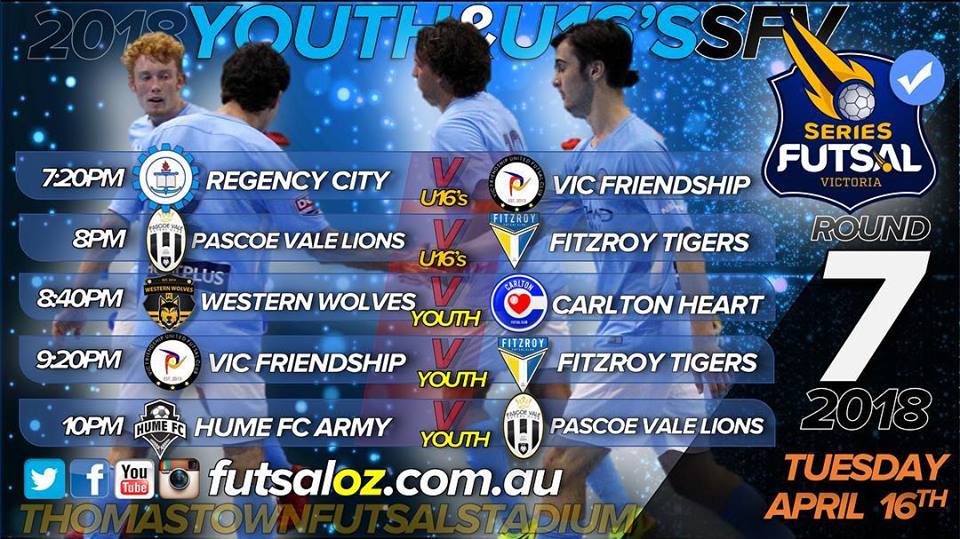 The first game of round seven saw Balwyn face the Western Wolves. Coming off a first win last week the Wolves were looking for three more points to leap frog their opponents after this one. In a tight and tense first half the Wolves drew first blood late in the piece with Jan Mustac finding the net to give the Wolves a lead going into the half time break.

Early in the second half it was two with Chloe Gatt netting on her return, and against her former side. With the Wolves in control, they were further aided with Rachel Hurlimann putting away her first of the contest and the Wolves third to all but sure up the points. Balwyn would get one on the board as Angela West netted to ensure they wouldn’t go home empty handed, but the Wolves would be taking home the victory.

Second up we saw the game of the night with the top two sides going head to head. In what is always a close contest, Pascoe grabbed the advantage early on with an unfortunate touch seeing the ball turned in for an own goal by Jess Byrne. Carlton would respond in style as Rebecca Davies cut inside and saw her deflected effort sail above the head of Madeline Nobbs to restore parity. A sweeping Counter attack from Carlton saw them hit the lead as Evangelia Parthimos was on the end of the dreaded own goal turning one into her own net handing the Heart a slender 2-1 half time lead.

The second half was a rather dull affair with not many chances to either side. Carlton would add to their tally and go two ahead when a throw in found the head of Nicole Ritchie who headed home the insurance goal. Pascoe continued to push for goals and made more chances as the game wore on but it wasn’t to be with Carlton going clear top of the table.

Next up we saw Fitzroy looking to make up ground on second place as they took on Preston. In a slow start to the game it took both sides time to get into their rhythm and finally broke through when Ebru Efe found the opener. It was soon two as Rebecca Berry netted continuing her good form and doubling the advantage. With time running out in the half Em Coppock found Berry from a free kick who tapped home her second of the contest and gave Fitzroy a 7-0 half time lead.

The dominance continued in the second half as Fitzroy stepped it up a gear, Sarah Richardson finding the net, before Coppock got her first of the game. Richardson would again pick out the top corner before a fantastic turn from Coppock saw her finish her second of the match and seal a comfortable win for the Tigers with them moving into second place on goal difference.

The final game of the evening saw Moreland face Melbourne Amazons in what was expected to be a big victory in favour of Moreland. The Blues started well and never looked  back, racing to a 6-0 half time lead thanks to a brace from Jacinta Da Cruz, while the other four goals were singles to Sinem Celepci, Ebru Hasan & Rebecca Saber. While an own goal rounded out the first half scoring.

Moreland continued to bang in the goals as the game blew out, Hasan finishing with give while Saber completed a hat trick and Da Cruz a brace in a routine Moreland victory, there was some positives to take out of the game for Melbourne, the main one being the scoring prowess of Bianca Lee continuing as she netted twice and continues to look Amazons main threat to goal. It was Moreland’s day though as they sit joint second on goal difference.