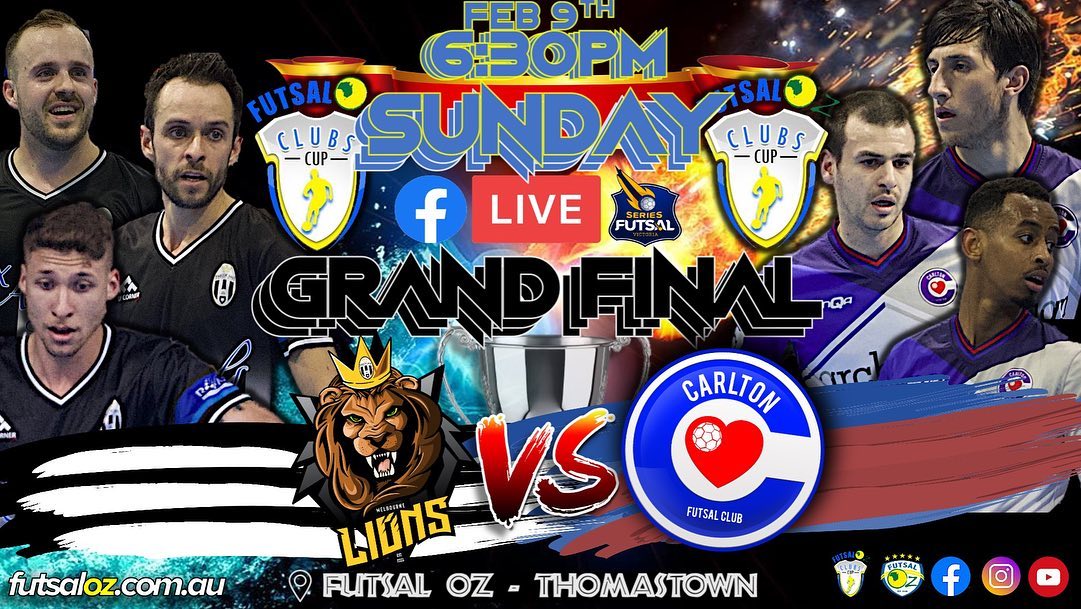 The Clubs Cup Final took centre stage on Sunday evening as Pascoe Vale and Carlton did battle with the guarantee that there would be a new Champion on the cup, with by sides looking to take home a first crown in the competition. It started brightly for the Heart as Tom Natoli fired home from close range, before a Alisson Lima Da Rosa tapped home at the back post to restore parody for his side. The Lions then took the lead through Joao Da Silva who was on hand at the back post to tap home again, before the Lions again netted from close range as it all looked far too easy with Lima tapping home for a second time to take his side into the break with a two goal lead.

Carlton started the second half well as Chaaban Rajab netted to halve the deficit, but it wouldn’t last long as Lima completed a hat trick to again put his side two up. An Alejandro Manuel Gomez strike late on looked to secure the trophy for the Lions with little time remaining. Carlton would not lay down though and got another back through Rajab to keep their slim hopes of a comeback alive, and soon after another from Rajab to complete his hat trick set up a grand stand finish. With just over a minute to play, Rajab struck for a fourth time to tie the game at four and have us now set for golden goal. It wasn’t to be though as an error late on from the Heart gave Andre Caro the chance to snatch the win as the Lions survived a scare to claim a first Clubs Cup title, while the Heart will need to wait at least another season to have another chance at the crown for a first time.